Filípe Miguel Maganinho dos Santos Gonçalves (born 12 August 1984) is a Portuguese footballer who plays for U.D. Oliveirense as a midfielder.

Born in Espinho, Gonçalves spent the vast majority of his first four years as a senior in the third division, representing S.C. Espinho and S.C. Braga's reserves. Whilst at the service of the latter he made his debut in the Primeira Liga with the first team, playing 11 minutes in a 2–1 away win against Boavista F.C. on 7 May 2005.

In the following years, Gonçalves alternated between the second and first divisions, appearing for Leixões SC, Vitória FC, C.D. Trofense and Moreirense FC. In the 2007–08 season, he contributed with 34 official matches for the Setúbal-based club, including six and one goal in the victorious run in the domestic League Cup.

On 27 May 2013, Gonçalves signed for G.D. Estoril Praia for two years. He made his competitive debut for them on 1 August, starting and playing 85 minutes in a 0–0 home draw against Hapoel Ramat Gan Givatayim F.C. in the campaign's UEFA Europa League. 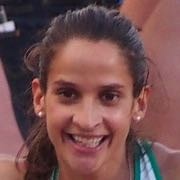