Oluwafikayomi Oluwadamilola "Fikayo" Tomori (born 19 December 1997) is a Canadian-born English professional footballer who plays for Chelsea as a defender.

Tomori joined Chelsea at under-8 level and progressed through the clubs academy system. He was part of the Chelsea youth side which recorded back to back triumphs in both the UEFA Youth League and the FA Youth Cup in 2015 and 2016.

On 11 May 2016, Tomori was named upon the first-team substitute bench along with fellow academy players Tammy Abraham and Kasey Palmer, in Chelsea's 1–1 draw with Liverpool. However he failed to make an appearance at Anfield. On 15 May 2016, in Chelsea's final game of the 2015/16 campaign, Tomori made his professional debut in a 1–1 draw with Premier League champions Leicester City, replacing Branislav Ivanović in the 60th minute.

Although Tomori was included in the United States pre-season tour, he did not make a single appearance. On 1 August 2016, Tomori signed a new four-year contract ahead of the 2016/17 campaign. On 12 August 2016, Tomori was handed the number 33 shirt prior to the season's beginning, switching from his previous number 43.

Tomori is eligible to represent Nigeria at international level through his parents, Canada through his birth in Calgary and England through his upbringing having lived in the country since he was a toddler. On 27 March 2016, Tomori captained Canada U20 to a 2–1 victory over England U20 on his third appearance for the nation.

On 16 May 2016, in the next international break and a day after making his professional club debut, Tomori was called up to the England U19 squad. On 4 June 2016, Tomori made his England U19 debut in a 2–0 defeat against Mexico U20s, playing the full 90 minutes. Tomori was also part of the England 2016 UEFA European Under-19 Championship squad which reached the semi-finals before being knocked out by Italy. 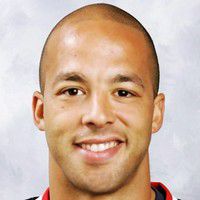