Ferry Weertman (born 27 June 1992) is a Dutch competitive swimmer who specialises in long-distance freestyle and open water events. He is the Olympic gold medalist in the 10 km open water marathon at the 2016 Olympics in Rio de Janeiro.

In 2014, he became the European champion in the 10 km open water event. At the 2015 world championships he won a silver medal in the same event.

In 2016, Weertman won the 10 kilometer event at the 2016 European open water swimming championships in Hoorn, the Netherlands. He finished 5th in the 5 km time trial.

A month later, on 16 August 2016, he won the gold medal in the 10 km open water marathon at the 2016 Summer Olympics, outtouching two-time world champion Spyridon Gianniotis.

As of 2016 he has a relationship with Dutch swimmer Ranomi Kromowidjojo. 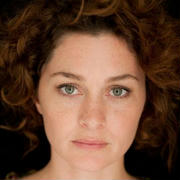