Count of Trastámara, Lemos and Sarria

Fernando Ruiz de Castro (d. Bayonne, 1377), was a Galician nobleman of the House of Castro and prominent military figure. He was the third Count of Lemos, Trastámara and Sarria. He is often referred to by the appellation "Toda la lealtad de España" ("All the loyalty of Spain"), from an inscription on his tomb in Bayonne.

Fernando Ruiz de Castro became a prominent figure in the circle of King Peter of Castile, and served as lord steward and standard-bearer of the realm. During the Castilian Civil War, he was the leading partisan of Peter's camp, and continued fighting for the Petrist cause against the House of Trastámara even after the king's death in 1369.

Divorced from his first wife, in 1367 he married Eleanor Enriquez, Lady of Melgar, widow of Alonso de Guzmán and daughter of Enrique Enriquez and his wife, Urraca Ponce de Leon. This marriage produced no offspring.

From his mistress Mília Gonçalves, Lady of Assequins, he had one illegitimate son:

The contents of this page are sourced from Wikipedia article on 02 May 2020. The contents are available under the CC BY-SA 4.0 license.
View Fernando Ruiz de Castro 's image gallery
Image Gallery 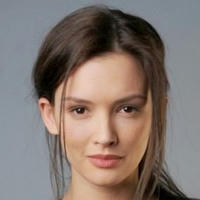