Fernanda Arcevenco Lara (Canoas, August 24, 1976) is a Brazilian musician. She graduated from Ulbra/Rio Grande do Sul University Brazil with a degree in physiotherapy, although she has been working in the field of gospel music since 1994. Presently she is studying pharmacy.

She composes and designs her songs in her own studio. Lara is married to composer, producer and musical arranger, maestro and pianist Giordani Vidal, and since 1997 they have been researching a different gospel music style, mixing biblical instruments and ancient cultures sounds with modern techniques and instruments. Gregorian chants, great Highland bagpipes, bagpipes, Taikos (medieval percussion), Duduks (a sort of flute from Armenia), and rabecas (rustic violins) are present in her music, redesigning it to her style of contemporary Christian music, which is unique in her country and in Latin America. Nowadays her music is sung by soloists and congregations in several churches and Christian communities, and is played on Christian AM and FM radios in Brazil and abroad.

In 2004 Fernanda Lara was invited by Tom Gomes from the prize board located on Los Angeles/USA to join the Latin Grammy academy.

2010 Olhar de Deus (Look of God) Line Records
The contents of this page are sourced from Wikipedia article on 22 May 2020. The contents are available under the CC BY-SA 4.0 license.
View Fernanda Lara 's image gallery
Image Gallery 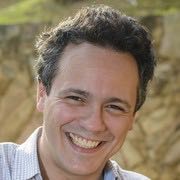