Born in Nagyvárad, Austria-Hungary, in 1873, Boros was on stage starting in 1893. She moved to London in 1903, two years later appearing at Covent Garden. In Hungary, she performed in the National Court Theatre (NCT) in Budapest. In 1909, while still with the NCT, she visited the United States and Canada as part of a trip around the world to report on how dramatic productions were staged in each country that she visited. As she visited various theatrical managers in New York City, she regularly encountered rejection despite her official letter (written in English) from the NCT. In one office she was told, "Oh, Mr. Belasco is flooded with crazy communications from freaks and fakirs and cranks ..."

After being well-coached in English and the conventions of American show business, she had a long career on the Broadway stage and in theatrical touring companies, from 1909 through 1927; thereafter she was seen in character roles in motion pictures.

Boros went to Hollywood in 1930, acting in character roles for several studios. A fall in 1936 injured her hip, which both ended her income and brought about expensive medical treatment. In order to pay her bills, she mortgaged her house, sold most of her possessions, got rid of her servants, and began receiving $10 per week in relief payments. She returned to acting with a one-minute appearance in Love Affair (1939).

Although her screen roles were mostly in the supporting category, she performed and contributed to the plot in popular films such as Once Upon a Honeymoon and A Tree Grows in Brooklyn.

The contents of this page are sourced from Wikipedia article on 24 Jun 2020. The contents are available under the CC BY-SA 4.0 license.
View Ferike Boros 's image gallery
Image Gallery 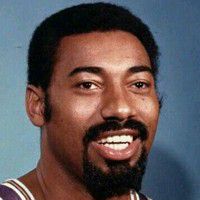