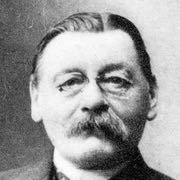 Zirkel was born in Bonn. Educated in his native town, he graduated Ph.D. from the University of Bonn in 1861. His training and initial interest was in mining. In 1860 he traveled to Iceland with William Thierry Preyer, and in 1862 they published Reise nach Island im Sommer 1860.

After graduation, Zirkel was engaged in teaching geology and mineralogy in Vienna at the Geological Institution. His journey to Iceland, along with travels to the Faeroe Islands, Scotland and England, and a meeting with Henry Clifton Sorby, led him from mining to the study of microscopical petrography, then a comparatively new science.