Ferdinand Maria Innocenz Michael Joseph of Bavaria (5 August 1699 in Brussels – 9 December 1738 in Munich) was a Bavarian prince and an Imperial Field marshal.

Ferdinand Maria Innocent was a son of Elector Maximilian II Emanuel of Bavaria (1662-1726) from his marriage to Therese Kunigunde Sobieska (1676-1730 ), a daughter of King John III Sobieski of Poland.

He served as a general in the imperial army. In 1738, he was promoted to Field marshal and imperial Feldzeugmeister.

He died in 1738 and was buried in the Theatine Church in Munich.

Ferdinand Maria Innocent married on 5 February 1719 in Zákupy to Maria Anna Carolina, a daughter of Philip William August, Count Palatine of Neuburg. He had the following children:

Ferdinand also had a son from his extra-marital affaire with Countess Marie Adelaide Fortunata Spaur (1694-1781): 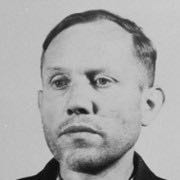