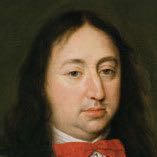 He was born in Munich. He was the eldest son of Maximilian I, Elector of Bavaria - whom he succeeded, and his second wife Maria Anna of Austria, daughter of the emperor Ferdinand II, Holy Roman Emperor. Born during the reign of his father, he was known as the Electoral Prince from birth. Through his mother, he was a first cousin of Queen Mariana of Spain as well as Leopold I, Holy Roman Emperor.

On 8 December 1650 he married Henriette Adelaide of Savoy, daughter of Victor Amadeus I, Duke of Savoy and Christine Marie of France. The couple had seven children, two of which would have progeny.

Still a minor he succeeded his father in 1651, his mother was his guardian and his uncle Albert VI of Bavaria served as Prince Administrator of Bavaria for three years.

Ferdinand Maria was crowned on 31 October 1654. His absolutistic style of leadership became a benchmark for the rest of Germany. Though Ferdinand Maria allied with France he abstained the imperial crown in 1657 after the death of his uncle Ferdinand III, Holy Roman Emperor to avoid a conflict with the House of Habsburg. Ferdinand Maria supported the wars of the Habsburg against the Ottoman Empire with Bavarian auxiliary forces (1662–1664). During the Franco-Dutch War since 1672 Bavaria was officially neutral. Plans for a Bavarian colony near New York were discussed but soon abandoned.

The marriage of his eldest daughter Maria Anna Victoria and her cousin le Grand Dauphin in 1680 was the outcome of the Bavarian alliance with France. Ferdinand Maria was the great grandfather of French monarch King Louis XV.

Ferdinand Maria modernized the Bavarian army and introduced the first Bavarian local government code. The elector did much indeed to repair the wounds caused by the Thirty Years' War, encouraging agriculture and industries, and building or restoring numerous churches and monasteries. In 1669, moreover, he again called a meeting of the diet, which had been suspended since 1612. The electorate he left with a very wealthy treasury.

He died at the Old Schleissheim Palace and was succeeded by his son Maximilian II Emanuel. He was buried in the crypt of the Theatiner Church in Munich.

Ferdinand Maria married Princess Henriette Adelaide of Savoy in 1650; and with her, the Italian Baroque was introduced in Bavaria.

The Theatiner Church in Munich was built from 1663 onwards as a gesture of thanks for the birth of the long-awaited heir to the Bavarian crown, Prince Maximilian II Emanuel. After that in 1664, Ferdinand Maria and his wife commissioned the building of the Baroque style Nymphenburg Palace near Munich based on the designs of Italian architect Agostino Barelli. Lake Starnberg was purchased by Ferdinand Maria from the Horwarth family and it became the venue of numerous festivities of the court with the famous fleet of Venetian Gondolas. On the lake's shores, he ordered the construction of Berg Castle in 1676. The castle was used for festivities there and later reached its zenith when it became the scene of spectacular entertainments and hunts under the rule of his successors, Maximilian Emanuel and Emperor Charles VII. For the Munich Residenz, Ferdinand Maria ordered the creation of the Papal Rooms.

The contents of this page are sourced from Wikipedia article on 08 Mar 2020. The contents are available under the CC BY-SA 4.0 license.
View Ferdinand Maria, Elector of Bavaria 's image gallery
Image Gallery 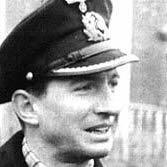 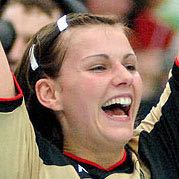