Auger-Aliassime was born in Montreal and raised in L'Ancienne-Lorette, a suburb of Quebec City. His father Sam Aliassime is from Togo and his mother Marie Auger from the province of Quebec. He has an older sister Malika who also plays tennis. He started playing tennis at 4 and trained at the Club Avantage as a member of the Académie de Tennis Hérisset-Bordeleau in Quebec City. In 2012, he won the Open Super Auray in the age 11 to 12 category. He has been a member of Tennis Canada's National Training Centre in Montreal since the fall of 2014.

In February 2015, Auger-Aliassime won his first ITF junior singles title at the G3 in Querétaro. A week later, he won his second straight ITF junior singles title and first doubles title at the G4 in Zapopan. In late August 2015, he won his first junior G1 title with a victory over compatriot Denis Shapovalov in College Park. At the US Open in September 2015, his first junior Grand Slam, he reached the second round in singles and won the doubles title with fellow Canadian Denis Shapovalov. In October 2015, Auger-Aliassime and compatriots Denis Shapovalov and Benjamin Sigouin won the Junior Davis Cup title, the first time in history for Canada. In December 2015 at the Eddie Herr International Tennis Championship, he won his second G1 singles title after defeating Alex De Minaur in the final. At the junior event of the French Open in June 2016, he reached his first Grand Slam singles final where he was defeated by Geoffrey Blancaneaux in three sets, despite holding a championship point. In July 2016 at Wimbledon, Auger-Aliassime advanced to the quarterfinals in singles and to the final in doubles with Denis Shapovalov. At the US Open in September 2016, he won the boys' single title with a straight-sets victory over Miomir Kecmanović. He reached the doubles final as well with fellow Canadian Benjamin Sigouin.

As a junior, he compiled a singles win/loss record of 79–19.

In March 2015 at the Challenger Banque Nationale de Drummondville, Auger-Aliassime became the youngest player in history to qualify for an ATP Challenger main draw at 14-and-a-half-year-old. He defeated compatriot Jack Mingjie Lin, former world No. 67 Chris Guccione and world No. 433 Fritz Wolmarans to do so. He, however, was forced to withdraw before playing his first-round match due to an abdominal strain. With the points earned, Auger-Aliassime made once again history as the first player born in the 2000s to have an ATP ranking. At the Challenger Banque Nationale de Granby in July 2015, he qualified for his second ATP Challenger main draw with victories over fellow Canadian Jack Mingjie Lin and world No. 574 Jean-Yves Aubone. He won his opening round in straight sets over world No. 493 Andrew Whittington, becoming the youngest player to win a main draw ATP Challenger match. In the next round, he scored an upset over world No. 205 Darian King in straight sets. He was stopped by world No. 145 Yoshihito Nishioka in three sets in the quarterfinals. After his run to the quarterfinals, Auger-Aliassime became the youngest player ever to break the top 800 on the ATP rankings at No. 749.

In January, Auger-Aliassime reached the final of the ITF Futures in Plantation, but lost to Roberto Cid Subervi in three sets. In March, he won the title in Sherbrooke over Gleb Sakharov, his second ITF Futures. The next week, he advanced to the semifinals of the ATP Challenger 75K in Drummondville with a win over world No. 124 Peter Polansky, but lost to compatriot and eventual champion Denis Shapovalov. In June at the Open Sopra Steria de Lyon, Auger-Aliassime captured his maiden ATP Challenger, becoming the first 16-year-old to win a Challenger singles title since Bernard Tomic in 2009 at the Maccabi Men's Challenger and the seventh-youngest in history. In September at the Copa Sevilla, he won his second ATP Challenger title of the season after defeating former world No. 56 Íñigo Cervantes in the final. After his win, he became the youngest player to break the top 200 since Rafael Nadal in December 2002 and the second-youngest to win multiple ATP Challenger titles, standing behind only Richard Gasquet.

In February in Budapest, Auger-Aliassime captured his first ATP Challenger doubles title, defeating Marin Draganja and Tomislav Draganja with partner Nicola Kuhn. Auger-Aliassime also made his debut in an ATP main draw at the Rotterdam Open, losing in three sets to world No. 38 Filip Krajinović in the first round. In March at Indian Wells, he qualified for his first ATP Masters 1000 main draw. He faced fellow Canadian Vasek Pospisil in the first round, defeating him in straight sets to win his first tour level match. He was defeated in the next round by another compatriot Milos Raonic. In April, Auger-Aliassime was awarded a wildcard for the Monte-Carlo Masters where he lost his opener in three sets to world No. 55 Mischa Zverev. In June at the ATP Challenger in Lyon, he successfully defended his title with a victory over Johan Tatlot in the final and became the youngest player in history to defend an ATP Challenger title. In August, Auger-Aliassime received a wild card to compete in the main draw of the 2018 Rogers Cup. In the first round he has defeated Lucas Pouille (6–4, 6–3) and in the second round he was defeated by Daniil Medvedev (3–6, 6–4, 7–6). Auger-Aliassime earned a spot through three qualifying matches to reach the main draw of the U.S. Open. He then retired in the first round (5–7, 7–5, 4–1, ret.) against countryman Denis Shapovalov after suffering from heart palpitations brought on by extreme heat.

At age 18, Auger-Aliassime became the youngest-ever ATP 500 finalist with his win over Pablo Cuevas (6–3, 3–6, 6–3) to reach the Rio Open title match. In the final, he lost to Laslo Đere in straight sets. At his next tournament in São Paulo, Auger-Aliassime lost to Đere again - this time in the quarterfinals. At the Indian Wells Masters, he achieved his first victory against a top 10 player, defeating Stefanos Tsitsipas (who was No. 10 in the ATP Rankings at that time) in straight sets in the second round.

At the Miami Open, Auger-Aliassime beat Nikoloz Basilashvili in the fourth round and Borna Coric in quarterfinals to become the youngest semifinalist in the tournament's history. In the semifinals, he lost to defending champion and eventual runner-up John Isner in two tight sets, despite leading by a break in both sets.

He received a wildcard to play in the 2019 Mutua Madrid Open. Auger-Aliassime made it to the second round where he was defeated by Rafael Nadal in straight sets. At the Lyon Open, he worked his way into his second ATP final, by beating John Millman, Steve Johnson and Nikoloz Basilashvili, the number 1 seed. He was then defeated by Benoit Paire in straight sets.

In the Mercedes Cup he made it to his third final, by defeating experienced players like Ernests Gulbis, Gilles Simon and Dustin Brown. He received a walkover into the final when Milos Raonic withdrew. In the final he was defeated by Matteo Berrettini, despite having set points to win the second set.

At Queen's Club, Auger-Aliassime defeated Grigor Dimitrov and Nick Kyrgios, both matches were played on the same day as the tournament program was delayed by rain earlier during the week. In quarterfinals, he recorded his second win against Stefanos Tsitsipas. Auger-Aliassime lost in the semifinals to Feliciano López.

At Wimbledon he entered as the 19th seed and earned his first victory as a pro in the Slams, by defeating compatriot Vasek Pospisil. After beating Corentin Moutet in four sets, he was stopped by Ugo Humbert in the third round.

Current through the 2019 Wimbledon Championships. 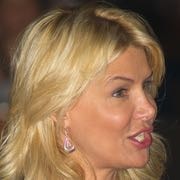 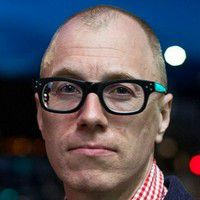 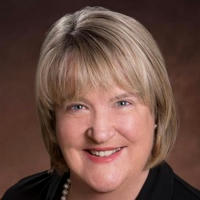 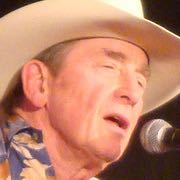