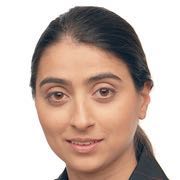 Feleknas Uca (born 17 September 1976) is a Turkish politician of Kurdish descent. From 1999 to 2009, she was member of the European Parliament from Germany, serving with Die Linke. Feleknas Uca was at one time the world's only Yazidi parliamentarian until the Iraqi legislature was elected in 2005. In June 2015, she was elected as a Member of Parliament in Turkey representing Diyarbakır.

Feleknas Uca was born in Celle, Lower Saxony, West Germany to an immigrant Yazidi family originally from Turkey. She graduated from Comprehensive School in Celle before taking an apprenticeship as a doctor's assistant, and completed her Abitur by distance learning. Until July 2014, Feleknas Uca lived in Celle until she relocated to Diyarbakir in Turkey.

In the European Parliament

In 1999, aged 22, she was elected to the European Parliament fifth of six places on the Party of Democratic Socialism national list. In the 5th European Parliament (1999–2004), she sat on the Parliament's committees on Culture, Education and the Media and Equal Opportunities. She maintained close links with pro-Kurdish groups in Turkey. She was a member of the EU-Turkey joint parliamentary committee.

In the PDS' selection of candidates for elections to the 6th European Parliament (2004–2009), Uca slipped to seventh place on the PDS national list, putting her seat under severe pressure. However, in the elections, she was returned in the last successful place.

While serving in the European Parliament, she attracted controversy within Turkey for her pro-Kurdish stances. In 2005, the Democratic People's Party (DEHAP) was investigated by Turkish police for a speech given by Uca in the Kurdish language in which she called for the decrease of the electoral threshold from 10%, declare a general amnesty and suspend all military actions.

In 2009, Uca left the European Parliament. In 2012, she was detained in Turkey's Istanbul Airport for attempting to take a large number of B-1 vitamins to Kurdish prisoners in Turkish prisons and was deported to Germany.

In July 2014, Uca resettled in Diyarbakır, the largest Kurdish populated city in Turkey. On 7 April 2015, Uca was nominated by the HDP to their electoral list for the upcoming parliamentary election as one of a number of Yazidis running for office. In the general elections on the 7 June 2015 and 1 November 2015 she was elected to the Grand National Assembly of Turkey. Turkish press reports write that she is the first ever Yazidi member of the Assembly along with Ali Atalan. In 2017 she was prosecuted for spreading terror propaganda She got re-elected in the Parliamentary Elections on 24 June 2018. She is a member of the EU-Turkey partner delegation for Turkey.