Fehim Škaljić (born 9 September 1949) is a Bosnian politician. He has been a member of the House of Peoples of Bosnia and Herzegovina since December 2014.

From 2012 until 2014, Škaljić was Chairman of the House of Peoples of the Parliament of the Federation of Bosnia and Herzegovina. He is the President of the Main Board of the Bosnian political party, Party for a Better Future of BIH (bos. Savez za Bolju Budućnost).

Škaljić is a member of the Executive Board of the Bosniak Institute, a philanthropic and research foundation established by the late Bosniak intellectual and politician Adil Zulfikarpasic.

Škaljić studied mechanical engineering and political science at the University of Sarajevo. He has had a career in both business and politics.

From 2000-2004, he served as the Mayor of Stari Grad, Sarajevo. In this capacity, Škaljić lead a number of infrastructure and cultural projects that helped the city recover from the destruction caused by Bosnian war 1992-1995. Mr. Škaljić was part of a team that helped reconstruct the Gazi Husrev Bey Library, originally built in 1537 and completely destroyed in the latest war. He is also credited with the reconstruction of the Austro-Hungarian Music Pavilion (bos. Muzicki paviljon u Sarajevu); the first phases of the reconstruction of the National and University Library of Bosnia and Herzegovina as well as the renovation and illumination of Sarajevo's religious and historic sites.

Škaljić initiated several de-mining project in Sarajevo and helped re-establish links to the Bosnian Serb community in East Sarajevo. For his service to the community, Mr. Škaljić was recognized with several prizes and honors.

The Škaljić family emigrated to Sarajevo in 1672, during the Great Turkish War, from Škaljari, their settlement in the Bay of Kotor. Once in Sarajevo, the family bought large portions of land "stretching from the outskirts of Sarajevo to Rogatica in Eastern Bosnia". They excelled as merchants, trading primarily with the German speaking world. Other Škaljić's were political leaders, Islamic and legal scholars. One of Sarajevo's streets still bears the family name—'Škaljića sokak'. Fehim Škaljić's great-grandfather was Nezir Škaljić, a judge on Bosnia's Supreme Court and third Mayor of Sarajevo, 1899-1905. Nezir Škaljić was one of the four founding fathers of the independent 'Islamic Community in Bosnia and Herzegovina' (bos. Rijaset Islamske Zajednice BIH). Its creation enabled Bosniak religious and political emancipation from the Ottoman Empire. Nezir Škaljić is recipient of a first class 'Grand Cross' Imperial Austrian Order of Franz Joseph.

Other Škaljić family members include Abulah ef. Škaljić, the Balkan linguist and author of the book Turcisms in Serbo-Croatian language (bos. Turcizmi u srpsko-hrvatskom jeziku), first published in 1966. The book has since been published in ten editions, and is still considered "a unique and irreplaceable" source for the study of South Slavic language and culture.

Fehim Škaljić is married and has three children. Daughter Nadja Škaljić is a lawyer, currently working as a senior advisor at the European Parliament in Brussels. Ms. Skaljic previously worked for the Carnegie Council for Ethics in International Affairs in New York City and the Prosecutor's Office of the International Criminal Tribunal for the former Yugoslavia in The Hague. She studied international law at the University of Oxford and international affairs at The Fletcher School of Law and Diplomacy and Harvard Kennedy School of Government. Son Seid Škaljić is an economist (University of Sarajevo). Mr. Skaljic is a business entrepreneur who serves as a member of the Parliamentary Assembly the Old Town Municipality in Sarajevo. Their youngest son, Nezir Škaljić, is pursuing primary education. 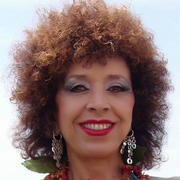 Politician from Bosnia and Herzegovina 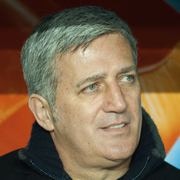 Tvrtko I of Bosnia

Ban and first King of Bosnia