As a student, she was interested in wormholes and quantum cosmology. Having studied at the University of Cambridge, Dowker was awarded the Tyson Medal in 1987 and completed her Doctor of Philosophy under the supervision of Stephen Hawking in 1990.

Dowker completed postdoctoral research at Fermilab, at the University of California, Santa Barbara and also the California Institute of Technology.

She is currently a Professor of Theoretical Physics and a member of the Theoretical Physics Group at Imperial College London and an Affiliate of the Institute for Quantum Computing. She conducts research in a number of areas of theoretical physics including quantum gravity and causal set theory.

Dowker was previously a Lecturer at Queen Mary University of London. 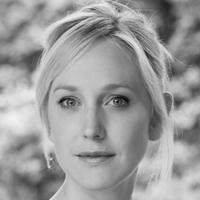