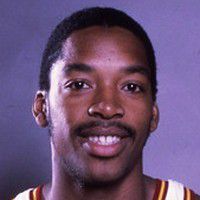 Lafayette "Fat" Lever (/ˈliːvər/; born August 18, 1960) is an American retired professional basketball player who played in the National Basketball Association. He later served as the director of player development for the Sacramento Kings of the NBA as well as a color analyst for Kings radio broadcasts.

Lever was selected by the Portland Trail Blazers as the 11th pick in the 1982 NBA draft out of Arizona State. While at ASU, his guard-tandem teammate was Byron Scott, who left school early (1983) to sign with the San Diego Clippers. In his debut, Lever recorded 9 points, 7 assists and 4 steals in a road loss over the Kansas City Kings. On January 20, Lever recorded his first career double-double as he puts up 14 points and 13 assists in a road loss over the Mavericks. Three days after, Lever recorded his second career double-double as he recorded 11 points and 10 assists in a road win over the Spurs. On March 20, Lever recorded a season-high 19 points to go along with 6 assists as the Trailblazers picks up the win over the Nuggets.

During his rookie season, Lever averaged 7.8 points per game, 2.8 rebounds per game, 5.3 assists per game and 1.9 steals per game.

He was considered one of the NBA's best point guards in the late 1980s while playing for the Denver Nuggets.

In his first season with the Nuggets, Lever averaged 12.8 points per game, 5.0 rebounds per game, 7.5 assists per game and 2.5 steals per game.

Next season, Lever continued his impressive or stellar performance for the Nuggets. On November 12, 1985, Lever recorded his first 30-point double-double as he recorded 31 points, 12 assists and 9 rebounds in a road loss to the Rockets.

Despite his size (6 feet 3 inches) he regularly led the Nuggets in rebounding. He is the Nuggets' all-time franchise leader in steals and was 2nd in career assists. He is one of only three players in NBA history to record 15 plus points, rebounds and assists in a single playoff game (the others being Wilt Chamberlain and Jason Kidd).

Lever was traded by the Nuggets to the Dallas Mavericks in 1990 for the Mavs' #9 pick in the 1990 NBA draft plus Dallas' first-round pick in the following one. The Nuggets subsequently traded the #9 pick and their own #15 pick to the Miami Heat for the Heat's #3 pick in the 1990 draft, with Denver sending the Mavs' 1991 first rounder (which was originally the Detroit Pistons' pick they acquired in the Mark Aguirre/Adrian Dantley trade) to the Washington Bullets along with Michael Adams, for the Bullets' first round pick in the 1991 Draft.

As of the end of the 2018-19 regular season, he ranks 8th on the all-time list of most triple-doubles in the regular season with 43 over 11 seasons, ahead of players like Michael Jordan (28), Clyde Drexler (25) and Kareem Abdul-Jabbar (21).

He ended his career as the Nuggets second leading assists leader, behind teammate Alex English, third in terms of rebounds, behind Issel and English.

On December 2, 2017, the Nuggets retired Lever's number 12 jersey during their home game against the Los Angeles Lakers, which they won 115–100. 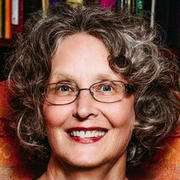 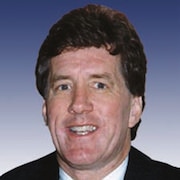 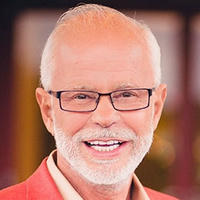