Faron Hall (1965–2014) was a Winnipeg man who had become known as the "Homeless Hero", after rescuing several people from drowning in several separate incidents. Faron Hall died in August 2014. Hall's body was recovered from the Red River on August 18/2014 by the Winnipeg Police Service.

Hall was born on the Dakota Tipi First Nation in Manitoba but spent most of his early years in foster care in Winnipeg.

Before 2007 he had been homeless for seven years, sleeping on the banks of the Red River.

In May 2009, while intoxicated he rescued a 19-year-old who had fallen from a bridge. Sam Katz presented him with the Mayor's Medal of Valour and baseball season tickets. Shortly afterwards, he moved into a government-owned apartment block.

In September 2009, once again while intoxicated he rescued a woman from drowning in the same river.

In December 2009, he was presented with two medals by the Manitoba Life Saving Society. The International Supreme Master Television Network gave him its Hero Award.

On Christmas Eve 2009, he was attacked and beaten by several people who had seen him on the news.

In February 2010, he was again the subject of a vicious beating.

In May 2011, Hall was involved in an incident that sent him to jail for assault on a woman. The victim had offered him apples instead of money, in response to his panhandling, and Hall responded by assaulting her with the car door.

He was involved in many more incidents, often alcohol-related, from 2012 through 2014 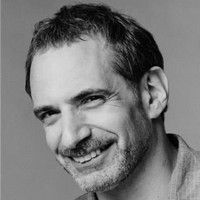