Farid Alfonso Díaz Rhenals (born 20 July 1983), known as Farid Díaz, is a Colombian professional footballer who plays as a left back. He currently plays for Alianza Petrolera.

At international level, Díaz represented Colombia at the Copa América Centenario. In May 2018, he was named in the preliminary squad for the 2018 FIFA World Cup. Although initially not being picked in the final list, he was later called up as a replacement for the injured Frank Fabra.

The contents of this page are sourced from Wikipedia article on 22 May 2020. The contents are available under the CC BY-SA 4.0 license.
comments so far.
Comments
From our partners
Sponsored
Reference sources
References
https://tournament.fifadata.com/documents/FWC/2018/pdf/FWC_2018_SQUADLISTS.PDF
https://int.soccerway.com/players/farid-alfonso-diaz/22538/
https://web.archive.org/web/20180612141202/http://fcf.com.co/index.php/las-selecciones/seleccion-mayores/4128-convocado-farid-diaz-a-la-seleccion-colombia-para-el-mundial
http://fcf.com.co/index.php/las-selecciones/seleccion-mayores/4128-convocado-farid-diaz-a-la-seleccion-colombia-para-el-mundial
https://www.national-football-teams.com/player/63511.html
https://www.bdfa.com.ar/jugadores-32693.html 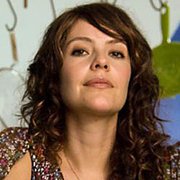