Fan Zhendong (Chinese: 樊振东; pinyin: Fán Zhèndōng; born 22 January 1997) is a Chinese professional table tennis player who is currently ranked world No. 2 for men's singles by the International Table Tennis Federation (ITTF). After joining the Chinese National Table Tennis Team in 2012 as the youngest member of the team, he went on to become the youngest ITTF World Tour Champion and the youngest World Table Tennis Champion. He achieved the top spot in the world rankings after holding position No. 2 for 29 consecutive months, starting from November 2015.

Fan's attacking style of play involves explosive footwork and powerful forehand loops. His thick-set build has led fans and commentators to affectionately refer to him as "Little Fatty" (Chinese: 小胖; pinyin: Xiǎo Pàng). His continuous rise to becoming one of the top table tennis players in the world has garnered him a large fanbase worldwide, with over half a million followers on Chinese social media site Weibo. In 2016, he won the ITTF Star Point Award, and he was nominated for the Best Male Star Award every year between 2013 and 2016.

Fan is a Stiga sponsored athlete. However, he uses a Butterfly Viscaria blade but changed to a Stiga Infinity VPS V handle because of sponsoring Stiga. He uses a black DHS Hurricane 3 neo National Blue Sponge for forehand and a Red Tenergy 05 for backhand. During the 2019 world table tennis championships, he changed to the new Butterfly Dignics 05 on his backhand that had just been released on 1 April 2019.

A right-handed shakehand-grip player, Fan plays an attacking style of table tennis using his explosive footwork and thunderous forehand loops to finish off his opponents. Emerging as a 16-year-old wonder kid, Fan's playing style is often compared to his senior compatriot Ma Long. In addition to being trained by national team coaches, he has been specially trained by both Wang Hao and Ma Lin. His encounters against senior players in the Chinese national team have drawn much speculation and anticipation. His fearlessness and technique allow him to challenge highly rated, experienced players, sometimes even beating top players in thrilling style. 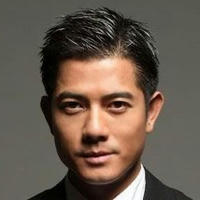