He is a direct descendant of one of the oldest artistic families in Germany, the legendary Zugspitze tightrope artists. The name was given to the Traber family show after their spectacular performance in 1952, after their 2964-meter-high performance on the Zugspitze, the highest mountain in Germany. Born during a tour in France, Falko Traber traveled with his family to more than forty countries. Falko Traber is the last of his brothers to still perform the high wire; his brother Charlie died in 2007 at the age of fifty-four.

Traber made the profession of high-wire artist his calling, and set a large number of world records. An exhibit devoted to Traber and his career has been on display in the National Museum in Karlsruhe for several years.

On July 16, 2007, Traber appeared in the "Globo", the largest Brazilian daily newspaper, which featured his run on the cable car to Sugarloaf Mountain in Rio de Janeiro.

The contents of this page are sourced from Wikipedia article. The contents are available under the CC BY-SA 4.0 license.
comments so far.
Comments
Reference sources
References
http://www.falko-traber.de/geschichte/index.html
https://web.archive.org/web/20170602173210/http://sky-press.de/
http://www.sky-walker.de
Trending today in 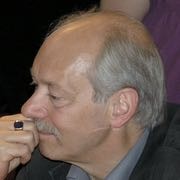