Fala Chen (Chinese: 陳法拉) is a Chinese-born American actress and singer. Currently active in Hong Kong's entertainment industry, she was previously signed under Television Broadcasts Limited (TVB). Having starred in numerous Hong Kong drama series and movies, some of her notable works are Moonlight Resonance, No Regrets, Lives of Omission, Triumph in the Skies II, Turning Point, Tales from the Dark II, and her latest stage debut - Skylight (play). Known to be multilingual, Chen's mother tongue is Mandarin, but she is able to speak English, Cantonese, as well as Japanese, with ease.

Chen was born and raised in Chengdu, Sichuan, China until 14 years old, when she emigrated to Atlanta, Georgia, United States with her parents. Graduating from high school within the top 10 of her cohorts, she then went on to pursue a course in Marketing and International Business in Emory University's Goizueta Business School, Georgia in May, 2005.

During her college term breaks, Chen took part in a couple of pageants as a means to pay for her tuition fees. Amongst them was the Miss Chinese International Pageant 2005 which was hosted in Hong Kong, where she earned a place as 1st runner-up, kicking off her career in entertainment.

Chen began her professional acting career when she signed an 8-year contract with TVB. She first started out as a host on numerous variety shows on TVB8's mandarin channel, before making her acting debut in the TVB series Forensic Heroes, where she was cast as a murderess.

In 2007, after starring in Heart of Greed, The Family Link, and Steps, Chen won her first acting award in the Best Supporting Actress category for her role in Steps. Additionally, she was also nominated for "My Favorite Female Character" and "Most Improved Actress" categories for the same role. She also received a nomination in the "Most Improved Actress" category for her roles in Heart of Greed and The Family Link in 2007.

Chen's breakthrough came in 2008, when her notable work was the character of Gam Wing Hing (a mute girl) in a TVB series Moonlight Resonance, a non-related sequel to Heart of Greed. The final episode of the series received an average of 47 rating points and peaked at 50 points. Chen had to specially learn sign language in order to portray her character. This role landed her nominations for the "Best Supporting Actress" and "My Favorite Female Character" categories for the second year in a row.

In 2009, Chen was nominated again for the "Best Supporting Actress" and "My Favorite Female Character" categories for her role in The Stew of Life.

Chen's acting in 2010's No Regrets secured her position as one of Hong Kong's celebrated actresses, alongside Tavia Yeung, Linda Chung, Myolie Wu, and Kate Tsui. Her role as Lau Ching in No Regrets, not only won her Best Supporting Actress at the TVB Anniversary Awards in 2010, but also brought her recognition at the 16th Asian Television Awards in Singapore for "The Best Actress in a Supporting Role" category.

With a total of five dramas belted out in 2010 alone, Chen was one of the few actresses within the industry with a higher exposure rate.

Since then, she has been taking on leading roles in numerous productions, and some of which were Lives of Omission, Queens of Diamonds and Hearts, and Triumph in the Skies II. Lives of Omission (2011) was a distant sequel to the 2009 film Turning Point in which Chen had also acted in as the sister of a triad boss. Queens of Diamonds and Hearts (Feb 2012) allowed Chen to experiment with looking 'ugly' on screen for the first time, as her character Chung Mo Yim was born with a prominent birth mark on her face. Triumph in the Skies II (2013) was a sequel to the station's previous drama Triumph in the Skies (2003). Chen played the role of Holiday Ho - a free-spirited punk girl who aspires to fly - who became emotionally entangled between 2 male leads, Captain Samuel Tong played by Francis Ng and Captain Jayden Koo played by Julian Cheung. Chen also starred in one of TVB's 2013 productions Will Power 《法外風雲》 alongside veteran actors Wayne Lai and Moses Chan where she played the role of Sam Yuet Kan, a junior barrister with a tough personality.

At the same time, her contract with Television Broadcasts Limited (TVB) had ended in the middle of 2013, and Chen is currently a self-managed artiste. Having more freedom to choose and ever so determined to become a better actress, Chen would like to direct her focus on filming more movies and dramas, and she is not afraid to take up new challenges.

Chen acted in her first mainland Chinese drama series, Sound of the Desert, where she played the role of Li Yan. It aired in 2014 and was based on the historical romance novel Ballad of the Desert by Tong Hua.

In 2009, Chen took her chance at her first leading female character in the movie Turning Point as Michael Tse's girlfriend and Francis Ng's sister. Turning Point is a spin-off from a TVB crime drama in 2009 - E.U. (TV series), where "Laughing Gor", played by Michael Tse, has become a household name.

Chen was nominated for the Best New Performer category at the 29th Hong Kong Film Awards for her role in Turning Point.

Ever since her first break into the movie scene in 2009, Chen has been continuously involved in a string of movies almost every year despite her busy work schedule at TVB.

Chen took to the movie scene again in 2011, acting in the first installment of the heartwarming I Love Hong Kong film series, directed and produced by Eric Tsang. She too worked together with Eric Tsang again who produced and acted in The Fortune Buddies, another Hong Kong comedy film which also co-stars Louis Yuen, Wong Cho-lam and Johnson Lee who are better known as "Fuk Luk Sau" (福祿壽).

Tales from the Dark 2 (2013) was her first shot at the horror movie scene, and acting with her is Gordon Lam. Chen's story revolves around pillow demons, where her character Chow Jing Ee is seen to suffer from serious insomnia after her break-up with her boyfriend Yuen Hao Hong, played by Gordon Lam. Chen delivered a stellar performance, and was commended for the preparation work she did prior to filming, by staying a few nights alone in the cold apartment they filmed at to get into character and understand the loneliness and insomnia that the character suffered. The media had focused on the scene where Chen's character accidentally killed her boyfriend and tried to get rid of the corpse by taking off all of his garments and putting him into a vacuum bag. This is the first time that Gordon Lam has gone fully nude in a film. Owing to the explicit scenes, the movie has received a Category III rating.

Chen starred in the Cantonese version of Despicable_Me_3 as the voice of Lucy Wilde, an Anti-Villain League agent, Gru's wife and the girls' adoptive mother. Doing voice-over for an animation film for the very first time, Chen commented that it requires a lot of energy and precision to sync with the character's lip movement, and it takes capturing the unique sounds and myriad of nuances in personality to bring the character to life.

Chen has concluded filming for The Treasure, directed by Gordon Chan and Ronald Tsang.

Ever since Chen's contract with Television Broadcasts Limited (TVB) concluded in 2013, she went on to pursue a 4-year Master of Fine Arts in Drama (MFA) Program at Juilliard School with the passion and determination to better herself as a professional artiste. The MFA Program only accepts 8 to 10 students each year, and encompasses areas such as production, directing, playwriting, pedagogy, and current trends in American and World Theater.

Chen's debut on the theatre stage came in 2016 with Skylight (play) - the premiere of Chinese adaptation of the 1995 British play written by David Hare that debuted in West End and Broadway. The play was scheduled to run for 24 shows at the Hong Kong Academy for Performing Arts, but due to overwhelming responses, 11 additional shows were added, making that a total of 35 shows running across 1 July 2016 to 14 August 2016. Starring alongside Dayo Wong and Terrance Lau, Skylight (play) was a sold out show within a few hours, and it received plenty of raving positive reviews including praises for Chen's performance as a theatre actor.

Chen's first Canto-pop debut album, Beautiful Life, was released on 31 July 2012. Some of the highlights from the album are "一半", "愛上鳥", and "Beautiful Life". Among these songs, "一半" was the first plugged song which garnered her awards in the Best Newcomer category across various music platforms such as 2012 TVB8 Golden Music Awards for the Bronze Award, 2012 Jade Solid Gold Best Ten Music Awards Presentation, and "2013 IFPI Hong Kong Top Sales Music Awards".

Within a week from the launch of her album, it had climbed up to first place on HMV's 'Asian Album Top Sales Chart'.

Chen is the spokesperson for Olay in China, Hong Kong and Taiwan. She is also Hong Kong Cancer Fund’s Pink Ambassador for the Pink Revolution Campaign, which is held every October to promote breast cancer awareness and raise funds to support free services for patients and their families. 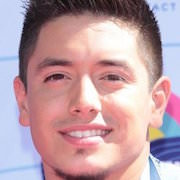