Faisal bin Fahd was born in 1945. He was the eldest son of King Fahd. His mother, Al Anoud bint Abdulaziz bin Musaid, is from the bin Jiluwi branch of the Al Saud whose members intermarried with the members of the House of Saud. She was younger sister of one of Prince Sultan's spouses. She died of kidney failure in Santa Barbara on March 1999 after a long period of treatment in Los Angeles at the age of 76. His full brothers are Saud bin Fahd, Khaled bin Fahd and Sultan bin Fahd.

Faisal bin Fahd studied political science and economics at the University of California at Santa Barbara, graduating in 1971.

Prince Faisal's first post was the president of Saudi fencing federation. In 1971, he was appointed as the chairman of the Saudi football federation. In July 1975, he became the president of Youth Welfare and promoted to the ministerial rank in 1977. He was also appointed the chairman of the Saudi Arabian olympic committee in 1975, and chairman of the Arab games federation in 1976. He was also director-general at the ministry of planning starting in 1977. After 1977, he held the rank of minister of state and was a private "emissary to Iraq." Unlike his brothers, his business activities were not intensive.

In 1981, he chaired the sports federation for Islamic solidarity, and in 1982, the international committee for the preservation of the legacy of Islamic civilization. From 1979 to his death he chaired the Kingdom's supreme committee for the merit in literature prize. He had been the chairman of the Saudi Arabian society for youth hostels since 1973. Later, he became a member of the International Olympic Committee in 1984. He was also the president of the Arabian football union, and head of the national committee on drugs control, to which he had been appointed in 1984. He served internationally as the president of the international swimming association. In 1992, he became the chairman of the Saudi federation of sports for the disabled.

Faisal bin Fahd died of a heart attack in King Faisal Specialist Hospital in Riyadh on 21 August 1999, shortly after returning from the Pan Arab Games held in Jordan. He was admitted to the hospital due to his heart problems a day before the death. His father, King Fahd, could not return Saudi Arabia from Marbella to attend Faisal's funeral due to his medical condition that did not allow him to make a journey. On 21 August 1999, funeral prayers were held for him in Riyadh with the participation of then Crown Prince Abdullah, late Prince Sultan, late Prince Nayef and hundreds of Saudis. Mourners also included then Crown Prince Hamza of Jordan, the former Lebanese Prime Minister Rafik Hariri and Bahrain's Prime Minister, Shaikh Khalifa bin Salman, and Crown Prince, Shaikh Salman bin Hamad. 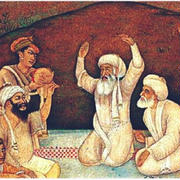 Governor of the Connecticut Colony 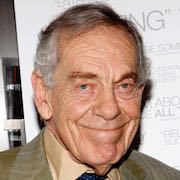 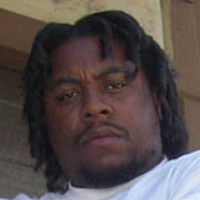