Fafá de Belém, born Maria de Fátima Palha de Figueiredo in Belém do Pará on August 9, 1956, is a Brazilian singer considered one of the great female singers of MPB (Musica Popular Brasileira). She took her stage name from the city of her birth and in addition to a successful recording career that spans over three decades, it is fair to say that she has been one of the great sex symbols of Brazilian pop music. Her husky mezzo-soprano voice is known for its extensive emotional range, from tender ballads, to sensual love songs, to Portuguese fados all the way to energetic sambas and lambadas.
Fafa made her public debut in her hometown in 1973. In the next year, she performed shows with Zé Rodrix in Rio de Janeiro and with Sérgio Ricardo in Belém and Salvador da Bahia. In the same year, she hit the charts with "Filho da Bahia", then recorded for the soundtrack of the TV Globo soap opera "Gabriela"; she also released her first single that year. In 1976, Fafá de Belém recorded her first LP, "Tamba Tajá", which was praised by critics. In 1984, she became the muse of the movement in favor of free elections in Brazil, singing "Menestrel das Alagoas", written by Milton Nascimento and Fernando Brant, before a million people in Rio de Janeiro. In the same period, her highly popular interpretation of the Brazilian National Anthem at mass gatherings got her into trouble with the ruling military regime that was soon replaced by a popularly elected President.
In 1993, her album "Meu Fado" went platinum in Portugal, one of the countries where she is widely popular. Though not a composer herself, she has recorded memorable covers of Brazil's greatest composers, notably her all-Chico Buarque CD "Tanto Mar" released in 2004. Fafa's 2005 release "Novo Millennium", a compilation of hits and some new material, sold 500,000 copies in its first month in stores. 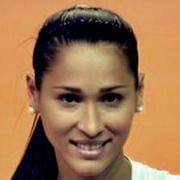 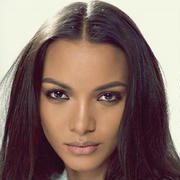 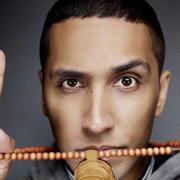