Born in Tarariras, Uruguay, Píriz started his career with Nacional.

In January 2013 he signed a 4.5-year contract with Terek Grozny, of the Russian Premier League, from Nacional for €2.8 million.

On 28 July 2017, he signed with the French club Montpellier on a one-year loan deal with option to purchase. Montpellier officially exercised the purchase option on 18 April 2018.

On 25 September 2019, he signed a one-year contract with Romanian club Rapid București.

Píriz was part of Uruguay's under-20 squad in the 2009 South American Youth Championship.

He also played in Uruguay´s under-22 squad at the 2011 Pan American Games.

The contents of this page are sourced from Wikipedia article on 20 Apr 2020. The contents are available under the CC BY-SA 4.0 license.
comments so far.
Comments
From our partners
Sponsored
Reference sources
References
http://en.ria.ru/sports/20130120/178903441.html
http://www.mhscfoot.com/articles/2017-2018/equipe-pro/facundo-piriz-nouveau-pailladin
http://www.mhscfoot.com/articles/2017-2018/equipe-pro/facundo-piriz-officiellement-pailladin
http://www.fcrapid.ro/facundo-piriz-a-semnat-cu-rapid/
https://int.soccerway.com/players/facundo-julian-piriz-gonzalez/91584/
https://www.bdfa.com.ar/jugadores-70477.html
Trending today in 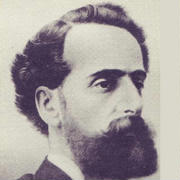