Fabrizio Boccardi is an Italian American entrepreneur, investor, and producer. Boccardi is the owner and creator of the multimedia brand the Tyrant. In addition, he controls several investments,including Media, technology, and Gaming in the United States and abroad. Boccardi has attempted to buy control of a Las Vegas casino, most notably Riviera Holdings, former owner of the Riviera Hotel & Casino on the strip of Las Vegas, and Riviera Casino in Black Hawk Colorado.

Fabrizio Boccardi during a March 2018 TV interview in Las Vegas.

Boccardi was born in Milan, Italy; his father was the founder of the Istituto Finanziario Ambrosiano, a financial institution with interests in construction, real estate, and insurance. Boccardi attended the Leone XIII school in Milan, and then the Ophenaimer. He continued his studies in the United States, attending Villanova Preparatory School, in Ojai, California, but was unable to finish his junior year when his family’s holding company's collapsed.

At age 19 Boccardi established himself as a commodities trader in Monte Carlo. In his early twenties he began to invest in condominium development in Italy and in the South of France.

Boccardi has attempted to buy a Las Vegas casino, since 1999.At that time, he signed an agreement to buy the New Frontier Hotel & Casino on the Las Vegas Strip, for $270 million owned at the time by Phil Ruffin. The price Boccardi was willing to pay in 1999 for the aged New Frontier Hotel & Casino, was considered too high by the lenders and gaming analysts as a result Boccardi was forced to pull out during due diligence and terminate the agreement with Ruffin. Phil Ruffin sold the New Frontier to El Ad Properties in 2007 at more than $1.2 billion, the 36 Frontier acres sold for more than $33 million an acre.

In 2003, Boccardi bid $8.50 per share for control of Riviera Holdings, owners of the Riviera Hotel & Casino on the Las Vegas Strip and a casino in Black Hawk, Colorado. The Boccardi's offer caused the stock of the company to increase substantially The offer was subject to a change of ‘control put’ and bondholders’ approval of the debt holders of the public company trading on the American Stock Exchange. Management rejected the offer, causing some shareholders to file suit against Riviera’s management for not considering the offer.Fabrizio Boccardi in an interview with the Wall Street Journal claimed that if successful buying the Riveria it would be rebranded as The Seven Sins.

In April 2004, DE Shaw Laminar Portfolios announced in its filings with the Securities and Exchange Commission (SEC) pending strategic discussions with Fabrizio Boccardi of Las Vegas regarding the Riviera Casino, and bought 10% in Riviera Holdings from Donald Trump.In May 2004, in subsequent filings with the SEC, DE Shaw Laminar Portfolios announced the termination of its discussions with Boccardi regarding Riviera Holdings. Stock of Riviera Holdings trading on the American Stock Exchange subsequently split 3 for 1 and was trading at a substantial premium.

In 2005 Boccardi Capital Systems filed suit in the United States District Court for the Southern District of New York in Manhattan, against DE Shaw Laminar Portfolios for breach of contract and other allegations in connection with Riviera Holdings, asking for compensation of approximately $140 million. The suit was finally dismissed in February 2009, and despite an appeal that Boccardi Capital filed immediately thereafter, the judgment was reaffirmed in December 2009 by the United States Court of Appeals, Second Circuit.

Twentieth Century Fox and King Midas World Entertainment found a peaceful resolution in 2014 regarding the TYRANT Mark. Both parties called on to refrain from challenging each other’s mark, with FX’s “Tyrant” TV serie based on the story of an American family drawn into Middle Eastern turmoil, and King Midas’ “Tyrant” a Las Vegas-based superhero property created by Fabrizio Boccardi.

Boccardi is also a venture capitalist and through several of his controlled entities provides capital in promising business ventures in the US and abroad.

The Tyrant Knight is Boccardi's franchised fictional character, first appearing in 2008 in the book "The Seven Sins: The Tyrant Ascending," written by Jon Land and published by Macmillan.

Boccardi worked with Land to create the story, which is loosely inspired by Boccardi's own life.

In 2017, famed Cult Classic favorite and blockbuster film Director Chuck Russell was attached to Direct and help to write the screenplay for the film.

The second book in the series titled "Black Scorpion The Tyrant Reborn" was published in North America by Macmillan Publishing Group on April 7, 2015, written by Jon Land and created by Fabrizio Boccardi.

DC Entertainment is developing the Comics based on a publishing license provided to DC by King Midas World Entertainment. Comic Artists such as Andrea Mutti have been engaged to work on the comic property.

A major production for a feature film is in active development in Hollywood based on the franchised character of Michael Tiranno, the Tyrant Knight. The film will be based on the blended adaptation of Black Scorpion and its predecessor, The Seven Sins, which both have also been licensed to DC Comics for comic books and graphic novels publications worldwide. In 2017, famed Cult Classic favorite and blockbuster film Director Chuck Russell was attached to Direct and help to write the screenplay for the film titled "The Seven Sins: Dawn of the Tyrant Knight" as reported by the movie database on IMDb and in the press.

Fabrizio Boccardi (pictured right) at the Skylofts at the MGM Grand overlooking the Las Vegas strip during an interview in March 2018.

Fabrizio Boccardi has announced plans to use his media properties such as Tiranno, Tyrant and Tyrant Knight to launch a global gaming and hospitality brand which will include the construction of the Seven Sins Megaresort, the same casino depicted in the Michael Tiranno the Tyrant book series, films and comics. In an interview with Robin Leach via the Review Journal in 2017, Boccardi confirmed that the timing for his casino and hospitality plans to be realized will be primarily determined by the level of success of the film property with the announced title The Seven Sins, a story of money, power and a new type of superhero based on adaptations inspired by the book series of Michael Tiranno the Tyrant aka the Tyrant Knight.

It was announced Fabrizio Boccardi created a new media property named Dark Light Dawn. The first book in the series has been announced for publication in North America by Macmillan Publishing Group on August 1, 2017. The book is written by Jon Land and created and owned by Fabrizio Boccardi. According to media articles Dark Light Dawn is also set for other media such as film and television.

Inspired by recent geopolitical events, rising terrorism, and religious conflicts, the novel meshes an action-packed, paranormal tale with an entirely fresh take on the action horror thriller genre. Dark Light Dawn creatively blends scientific principles, superstition, biblical elements and the inexplicable of the universe, culminating in a celebration of free will and the power of human nature itself. 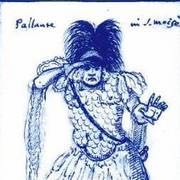 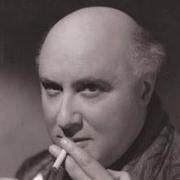 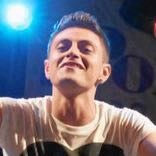