Evi Sachenbacher-Stehle (German pronunciation: [ˈeːfi ˈzaxənbaxɐˈʃteːlə]; born 27 November 1980) is a retired German cross-country skier and biathlete from Reit im Winkl who has competed since 1998. She was born in Traunstein, West Germany. Competing in three Winter Olympics, she won five medals with two golds (Team sprint: 2010, 4 × 5 km: 2002) and three silvers (Individual sprint: 2002, 4 × 5 km: 2006, 2010).
Sachenbacher-Stehle has also won six medals at the FIS Nordic World Ski Championships with a gold (4 × 5 km: 2003) and four silvers (5 km + 5 km double pursuit: 2003, team sprint: 2007 with Claudia Künzel-Nystad, 4 × 5 km: 2009) and a bronze. She also has fourteen individual victories at various levels in distances up to 5 km in her career from 1998 to 2006.
From the 2012/2013 season, she switched to biathlon, citing motivational problems, and was given a slot in the German B-team. Members of the B-team are eligible to compete in IBU Cup races. Her results in the IBU-Cup made her eligible to compete in the Biathlon World Cup. In her first World Cup race, on 14 December 2012 in Pokljuka, Sachenbacher-Stehle finished 59th. On 6 January 2013 she achieved the first IBU Cup podium, finishing second in the 7.5 km sprint in Otepää. As of January 2014, her best individual performance in a World Cup race remains 6th place in 7.5 km sprint in Sochi on 10 March 2013. She finished 4th in the 12.5 kilometre mass start biathlon competition of the Sochi 2014 Olympic Games on 17 February 2014.
On 21 February 2014, it was confirmed that Sachenbacher-Stehle had tested positive for methylhexanamine during the Sochi Olympic Games. She was stripped of her Olympic accreditation, and her results were annulled. In July 2014, she was banned for 2 years for doping. In November 2014 it was announced that the Court of Arbitration for Sport had ruled that her ban should be cut to six months after she appealed, on the grounds that her failed test was due to contamination of food supplements. However shortly afterwards she announced her retirement from the sport in an interview on the television programme Sportschau.
She married German alpine skier Johannes Stehle in July 2005.

a. 1 Classification is made according to FIS classification.
b. 1 2 3 4 5 Includes individual and mass start races.
c. 1 Includes pursuit and double pursuit races.
d. 1 May be incomplete due to lack of appropriate sources prior to 2001.
e. 1 1 DNF (did not finish the race).
f. 1 Withdrawn from the tour (4 times).

Sachenbacher received a five-day suspension at the beginning of the 2006 Winter Olympics due to a high hemoglobin level. She was one of twelve athletes given five-day suspensions for health reasons – the International Ski Federation decided they could not safely compete due to an abnormally high red blood cell counts.

Sachenbacher-Stehle was later disqulified after testing positive for performance-enhancing drugs. 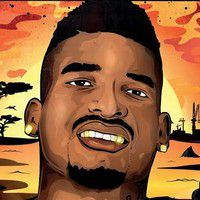