Eva Rueber-Staier (sometimes spelled Eva Reuber-Staier) is an Austrian actress, TV Host, model and beauty queen who won Miss World 1969.
Rueber-Staier was born in 1951 in Bruck an der Mur, Styria. She won the title of Miss Austria and participated in the Miss Universe 1969 contest, in which she was a top 15 semi-finalist. She also went on to win the Miss World 1969 pageant. During her tenure, she starred in the Bob Hope USO tour in Vietnam.
Her acting career contains a recurring James Bond credit: she played General Gogol's assistant Rubelvitch in the films The Spy Who Loved Me, For Your Eyes Only, and Octopussy.
She has lived in an Elizabethan Grade II listed house in Pinner for 23 years with her current husband, publisher Brian Cowan and son Alexander.
She also played the Cadburys Flake girl in the 1980s Austrian Skiing advert directed by Ridley Scott.
She now produces metalwork sculptures; some were exhibited during Hertfordshire Visual Arts Forum's "open studios 2008".

Austrian law professor and member of the Constitutional Court of Austria 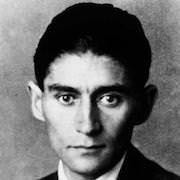