Eva Philbin (4 January 1914 – 24 June 2005) was an Irish chemist who became the first woman president of the Institute of Chemistry of Ireland. Born Eva Maria Ryder, Philbin began her career in 1939 as an industrial chemist before joining the University College, Dublin in 1945. After 18 years Philbin was made a professor of organic chemistry, following the death of her predecessor T.S.Wheeler. Over her long career, Philbin became a fellow of the Royal Society of Chemistry and a member of the Council of the Royal Irish Academy and the Natural Science Council. Philbin became the first women to chair the National Science Council and was the first female senior vice-president of the Royal Irish Academy.
Philbin's interests ranged beyond science, taking a strong interest in the treatment of those with learning difficulties, leading her to take up the chair of the Consultative Council on Mental Handicap as well as becoming honorary treasurer of the National Association for the Mentally Handicapped of Ireland.
Her eldest daughter Eimear married broadcaster and historian John Bowman. Philbin died in 2005, aged 91. 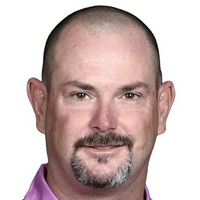