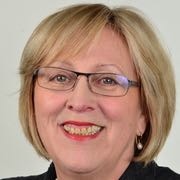 Lichtenberger attended the Academy of Education in Innsbruck from 1972 to 1974. At the University of Innsbruck, she studied psychology and art history from 1975 to 1982 and political science and psychology from 1982 to 1987, eventually graduating with a PhD.

After finishing her university studies, she became spokesperson of the citizens’ action committee "Air of Hall". Since the mid-1980s, she has been a consulting member of the environmental committee of the city of Hall. In 1989, she became a member of the Tyrolian Landtag and was fraction leader until 1994. From 1994 to 1999 she was the first member of the Austrian Green Party to become a minister in the Landesrat (state council), with the portfolio for environmental affairs.