Since its invention ELISA now has a staggering number of analytical and clinical applications. The number of ELISA assay for routine patient care today are astronomical. There's not a modern clinical laboratory that doesn't use the ELISA or one of its descendants. Perlmann and Engvall were honored for their invention when they received the German scientific award of the "Biochemische Analytik" in 1976, 5 years after they had published their first papers. 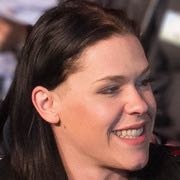