Eufradis Rodriguez, (born October 27, 1992), better known by his stage name Euro, is a Dominican-American rapper signed to Young Money Entertainment, and was born in the Dominican Republic. Lil Wayne announced that he is the new member of Young Money on his Dedication 5 mixtape. He then appeared on the second Young Money compilation album, Young Money: Rise of an Empire, on three songs, including the first single "We Alright". Euro released an mixtape called July, on July 31, 2014. It was a preview for the mixtape, Don't Expect Nothing that has multiple delays and has no scheduled release date.

Euro developed his rapping talents by getting into Christian rap at the early age of 7 in his father's church. Euro's stage name was inspired by the first two letters of his first name and last name (Eufradis Rodriguez). Lil Wayne announced that Euro was the newest signee to Young Money Entertainment on his Dedication 5 mixtape. Euro featured on four songs on that mixtape in 2013, "Ain't Worried", "Cream", "Fuckin' Problems", and "Live Life". Lil Wayne has said that it was his "straight-to-the-point lyrical style" that first attracted him to Euro. He then appeared on the second Young Money compilation album, Young Money: Rise of an Empire, on three songs, the first single "We Alright", "Bang", and a solo track "Induction Speech". In 2014 Euro attended a street heat production free-styling back and forth with Cory Gunz, showing off his extensive rap skills. Euro Released a freestyle over Rico Richie's "Poppin" beat produced by 808 Mafia.

Euro announced that he will be releasing his debut mixtape, Don't Expect Nothing, with a release date during 2014.

On July 31, 2014, Euro released a 7 track mixtape named July as a preview for Don't Expect Nothing, which has no scheduled release date. 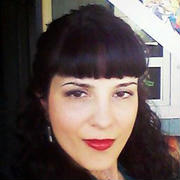 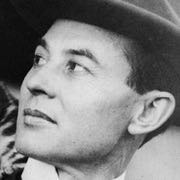