Eugene Harold Robinson (born March 12, 1954) is a liberal American newspaper columnist and the former assistant managing editor of The Washington Post. His columns are syndicated by The Washington Post Writers Group, and he is a member of the National Association of Black Journalists. He won a Pulitzer Prize in 2009.

Robinson is a board member of the IWMF (International Women's Media Foundation).

Robinson was born in Orangeburg, South Carolina, and schooled at Orangeburg Wilkinson High School. At the University of Michigan, he wrote for The Michigan Daily school newspaper.

In 1976, he began his journalism career at the San Francisco Chronicle; his assignments included the trial of publishing heiress Patty Hearst. He joined The Washington Post in 1980. Working his way up through the ranks, he was first a city-hall reporter at the paper. He then became the assistant city editor; a foreign correspondent in Buenos Aires, Argentina, and London, England; and, most recently, the assistant managing editor of the paper's style section. He began writing columns for the opinion page of the paper in 2005, also writes a twice-a-week column on politics and culture, and conducts a weekly online conversation with readers.

Robinson appears frequently as a liberal political analyst on MSNBC cable-TV network's programs such as Morning Joe, PoliticsNation with Al Sharpton, The Rachel Maddow Show, The Ed Show, Hardball with Chris Matthews, and Countdown with Keith Olbermann. In addition, he is often a panelist on NBC's public affairs program Meet the Press.

Robinson was awarded the 2009 Pulitzer Prize for Commentary in recognition of his columns that focused on then-Senator Barack Obama in the context of his first presidential campaign.

He lives with wife Avis and two sons in Arlington, Virginia. 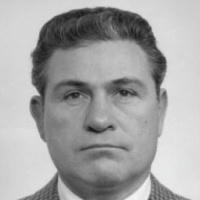 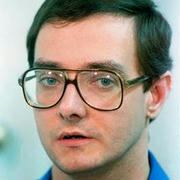