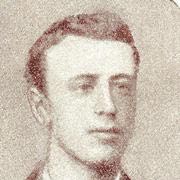 Eugen Ritter von Zimmerer (24 November 1843 – 10 March 1918) was an attorney, prosecutor and judge in Bavaria before he entered the colonial service in 1887 when he was in his 40s. He served in German colonies of Kamerun and Togo before being appointed as governor of Kamerun, serving between 1890 and 1893. Following that, Zimmerer was assigned to posts in Brazil, Chile and Haiti before retiring and returning to Germany.

Eugen Ritter von Zimmerer was born on 24 November 1843 in Germersheim, the son of a Bavarian officer and his wife. He attended high school in Bayreuth. From 1861 he studied law at the universities of Würzburg and Heidelberg. While in Würzburg, he was a member of the Corps Bavaria Würzburg, the oldest of German student associations.

At the age of 44, Zimmerer joined the colonial service in 1887, at a time when Germany was expanding its holdings in Africa. He was appointed acting chancellor and deputy governor of Kamerun. The Governor of the colony, Julius Freiherr von Soden, posted him to relieve the exploratory expedition of Captain Richard Kund. In October 1888 Zimmerer was appointed imperial commissioner for Togo. While in Togo, Zimmerer became friendly with Manga Ndumbe Bell, the son and heir of King Ndumbe Lobe Bell of the Duala people of Kamerun. Manga had been exiled to Togo by Freiherr von Soden on the grounds of being a "bad influence".

In 1890 Zimmerer returned to Kamerun as acting governor, and in April 1891 was appointed governor. Zimmerer was more concerned with consolidating the finances of the colony, and with gradually developing the territories that had already been occupied, than with further expansion. Under Zimmerer, the Germans abandoned attempts to enter the principal Bell trading region in the Mungo River valley and turned instead to the Sanaga River, which they closed to all native traders. This resulted in a long-running dispute with the explorer Eugen Zintgraff, who had made an agreement with the Foreign Office in 1890 to establish a system of trading posts in the Western High Plateau of Cameroon. Zimmerer was removed from Cameroon in 1893 after a mutiny of police soldiers. On 20 July 1895, he was allowed to temporarily retire due to health considerations.

Zimmerer subsequently served as Consul in Florianopolis, Brazil (1898); General Consul in Valparaiso, Chile (1902); and Minister Resident in Port-au-Prince, Haiti (1906), with title and rank of Envoy Extraordinary and Minister Plenipotentiary from 1907.

On 24 December 1910, he finally retired at his own request, returning to Germany and settling in Frankfurt am Main. He lived there for eight years until his death.

The contents of this page are sourced from Wikipedia article on 11 Mar 2020. The contents are available under the CC BY-SA 4.0 license.
View Eugen von Zimmerer 's image gallery
Image Gallery