In 1904, Hippel described a rare disorder of the retina, and in 1911 discovered the anatomical basis of this disease, which he named "angiomatosis retinae". However it wasn't until 1926 that Swedish pathologist Arvid Lindau recognized an association between angiomatosis of the retina with hemangioblastomas of the cerebellum and other parts of the central nervous system. This condition is known today as Von Hippel–Lindau disease (VHL).

Hippel contributed several writings to textbooks regarding anatomy and diseases of the eye. He was the son of Arthur von Hippel (1841-1916), a pioneer in corneal transplantation, and an uncle to German-American physicist Arthur R. von Hippel (1898-2003).

The contents of this page are sourced from Wikipedia article on 10 Mar 2020. The contents are available under the CC BY-SA 4.0 license.
View Eugen von Hippel 's image gallery
Image Gallery 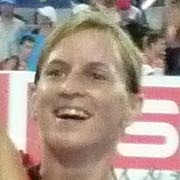