He was born in Canterbury, Kent, England, the youngest of five children of William and Mary (Bent) Bullinger. His family traced their ancestry back to Heinrich Bullinger, the Swiss Reformer.

His formal theological training was at King's College London from 1860–1861, earning an Associate degree. After graduation, on October 15, 1861, he married Emma Dobson, thirteen years his senior. He later received a Doctor of Divinity degree in 1881 from Archibald Campbell Tait, Archbishop of Canterbury who cited Bullinger's "eminent service in the Church in the department of Biblical criticism."

In the spring of 1867, Bullinger became clerical secretary of the Trinitarian Bible Society, a position he would hold till his death in 1913. Bullinger was editor of a monthly journal Things to Come subtitled A Journal of Biblical Literature, with Special Reference to Prophetic Truth. The Official Organ of Prophetic Conferences for over 20 years (1894–1915) and contributed many articles.

In the great Anglican debate of the Victorian era, he was a Low Churchman rather than High Church sacerdotalist.

His three major works were

These works and many others remain in print (2007).

Bullinger's friends included well-known Zionist Dr. Theodor Herzl. This was a personal friendship, but accorded with Bullinger's belief in a Biblical distinction between the Church and the Jewish People. Another close personal and theological friend was the famous Sir Robert Anderson.

In 1867, at age 29, Bullinger accepted the office of clerical secretary of the Trinitarian Bible Society (TBS), an office which he exercised, with rare lapses due to illness in his later years, until his death. Accomplishments of TBS during his secretariat include:

Bullinger was also a practiced musician. As part of his support for the Breton Mission, he collected and harmonized several previously untranscribed Breton hymns on his visits to Trémel, Brittany.

Bullinger and Ginsburg parted ways, and another edition of Tanakh was published by the British and Foreign Bible Society.

Bullinger described dispensations as divine "administrations" or "arrangements" wherein God deals at distinct time periods and with distinct groups of people "on distinct principles, and the doctrine relating to each must be kept distinct". He emphasizes that "Nothing but confusion can arise from reading into one dispensation that which relates to another.", and lists seven dispensations:

Outside of ultradispensationalism, many other examples of Bullinger's unique views can be found. For example, Bullinger argues that Jesus was crucified with four, not just two, criminals. Bullinger argued for mortality of the soul, the cessation of the soul between death and resurrection. While Bullinger did not express any views concerning the final state of the lost, many of his followers did hold to annihilationism. Purportedly, Bullinger was also a member of the Universal Zetetic Society. 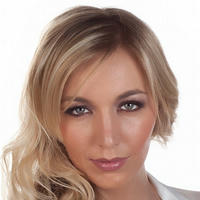 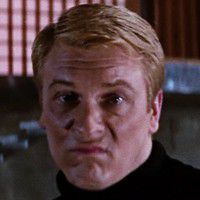