Ethel Madison Bailey was born in Richmond, Virginia. She was the daughter of Margaret M. Jones Bailey and Madison J. Bailey.

She married William H. Carter on October 12, 1912, in New Jersey, and they had two children. Having divorced Carter by 1918, she married Joseph D. Furman.

After training in New York City, she returned to Richmond in 1921 and began designing houses for locals. Furman worked with her father, and also raised three children. During this time she worked other jobs to supplement income to raise her family. As an African-American woman she experienced discrimination in the architecture community, as local bureaucrats refused to accept her as the architect of record on her own projects. Consequently, she would often have to submit her job proposals through male contractors with whom she worked.

As a young child, Furman started to gain knowledge on architecture and the building arts by shadowing her father, Madison J. Bailey, who was the second licensed Black building contractor in Richmond. Over time, this informal education allowed Bailey to take on some of the drafting duties for her father's business. At one point in her training she moved to New York City where she studied architecture privately. In the late 1920s she was the only woman to attend the Hampton Institute's annual builder's conference. She trained in drafting through Chicago Technical College into the 1940s.

Furman designed over 200 churches and residences in Virginia and two churches in Liberia, including the Fourth Baptist Church Educational Wing which still stands in the historic Church Hill district of Richmond, Virginia. 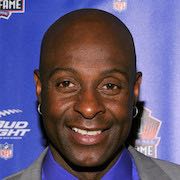