Esther Jungreis (April 27, 1936 – August 23, 2016) was a Hungarian-born American religious leader. She was the founder of the international Hineni movement in the United States. A Holocaust survivor, she worked to bring Jews to Orthodox Judaism.

Jungreis was born and raised in Szeged, Hungary on April 27, 1936, to Avraham and Miriam Jungreis. Her two brothers, Jacob and Binyamin, both became rabbis. Her father, Abraham, was an Orthodox rabbi and operated a little shtiebel in the city, known for being at the time home to the country's largest Reform community. Abraham Jungreis was deported with other Jews from Szeged in a cattle car bound for Auschwitz. However a relative who worked for Rudolph Kastner's office arranged that when the train from Szeged passed through Budapest the cattle car was opened and the entire Jungreis family was transferred onto the so-called Kastner train, which after a journey of several weeks and a diversion to the Bergen-Belsen concentration camp in Germany, delivered its 1,670 passengers in Switzerland.

In 1947 the family moved to Brooklyn, New York, where Jungreis reconnected with distant cousin Theodore (Meshulem HaLevi) Jungreis, a rabbi, and they married. The couple settled in North Woodmere, New York, and founded the North Woodmere Jewish Center/Orthodox Congregation Ohr Torah. Together they raised four children.

Due to her experiences as a Holocaust survivor, she became "determined to devote her life to combating the spiritual holocaust that was occurring here in the United States." This led to the birth of the Hineni movement on November 18, 1973, in Madison Square Garden's Felt Forum. The movement aimed to promote authentic, traditional Yiddishkeit in the United States. As the leader of this movement, she drew criticism for her outspoken stance against interfaith marriages. She was also critical of secularization, which she viewed as a form of assimilation.

After Rabbi Jungreis died in 1996, Rebbetzin Jungreis continued with outreach and education. Along with Paysach Krohn, Jungreis served as a guest speaker at the annual Shavuot retreat hosted by The Gateways Organization.

Jungreis died on August 23, 2016, aged 80, due to complications of pneumonia, and survived by four children — Yisroel Jungreis and Osher Jungreis, both rabbis, Chaya Sara Gertzulin and Slava Chana Wolff.

Hineni became a worldwide movement with centers all over the world. As a result, Jungreis spoke in locations such as the Hollywood Palladium, the Johannesburg Coliseum and Binyanei HaUmah in Jerusalem. She also spoke regularly for the United States Army and Navy as well as for the Israel Defense Forces. In 1998, Hineni opened a soup kitchen and youth center in Jerusalem, offering social and support services for young people at risk, apart from hosting an annual Passover Seder for the city’s homeless residents.

Jungreis wrote four books: Jewish Soul on Fire (William Morrow & Company – acclaimed as one of the ten best Jewish books of the year by B'nai B'rith); The Committed Life: Principles of Good Living from Our Timeless Past (Harper Collins, translated into Hebrew, Russian and Hungarian and in its eighth edition) and The Committed Marriage (Harper Collins). Her last book, published in 2006, was Life is a Test.

For more than forty years, she wrote a column for The Jewish Press using the Torah as the source for solutions to everyday problems.

Jungreis was named "Woman of the Year" by Hadassah, Jewish War Veterans, B'nai B'rith, Federation of Jewish Women's Organizations, the Knights of Pythias, and the Christian Amita Society.

President George W. Bush appointed Jungreis to serve on the honorary delegation that accompanied him to Jerusalem for the celebration of the 60th anniversary of the State of Israel in May 2008. 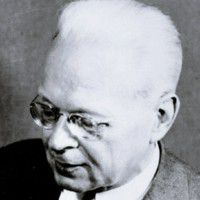 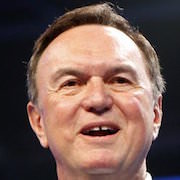