Garrel was born in Paris, the daughter of filmmaker Philippe Garrel and actress Brigitte Sy (of sephardic jewish origin). Her brother is actor Louis Garrel, and her grandfather is actor Maurice Garrel. 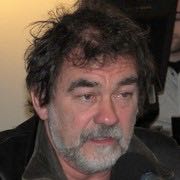