Esther Edwards Burr (February 13, 1732 in Northampton, Province of Massachusetts Bay - April 7, 1758 in Princeton, Province of New Jersey) was the mother of U.S. Vice President Aaron Burr, Jr. and the wife of Princeton University President Aaron Burr, Sr. whom she married in 1752. Her journal (which she began in October 1754) records her perspectives on her daily activities and current events; it is important in studies of American history and literature.

Esther Edwards was the third oldest of eleven children of Sarah Pierrepont and the famed preacher of the Great Awakening, Jonathan Edwards. Esther was named after Edwards' mother and grandmother. She initially grew up in the town of Northampton, but Jonathan Edwards had a falling out with the church in Northampton, which led in 1751 to the family moving to the frontier settlement in Stockbridge in western Massachusetts.

Esther Burr was a member of the Church at Stockbridge and Northampton and later the church in Newark. In 1752, Esther married Aaron Burr, Sr., President of the College of New Jersey (now Princeton University). As the wife of a university president and prominent minister, Esther managed the affairs of the household and hosted many of the scholars of the school at her home.

Just a month after the death of her father (who had come to Princeton to be Burr's successor as President of the College), Esther died on April 7, 1758 after "a few days illness". The illness turned out to be smallpox, and her death left Aaron and Sarah Burr orphaned. Since her husband had died previously in September 1757, Esther's death left her two children, Aaron and Sarah, as orphans. 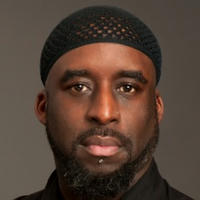