Born and raised in Berlin, he fled to Sweden at the age of 15 to escape the Nazi Party. He graduated from the University of Lund and worked as a journalist and a drama and literary critic.

He is best known for his documentary Mein Kampf, based on Nazi footage from secret archives and depicting Nazi atrocities. He subsequently made other documentaries both on Nazi Germany and other topics.

In 1967, he was a member of the jury at the Venice Film Festival.

The contents of this page are sourced from Wikipedia article on 10 Mar 2020. The contents are available under the CC BY-SA 4.0 license.
comments so far.
Comments
From our partners
Sponsored
Reference sources
References
https://www.imdb.com/name/nm0500557/
https://movies.nytimes.com/person/99277/Erwin-Leiser
http://www.answers.com/topic/erwin-leiser
http://www.alemannia-judaica.de/zuerich_friedhof_obfries.htm
https://deepl.com
https://translate.google.com/
https://www.imdb.com/title/tt0052635/
https://authority.bibsys.no/authority/rest/authorities/html/90161427
http://catalogo.bne.es/uhtbin/authoritybrowse.cgi?action=display&authority_id=XX4868567
https://catalogue.bnf.fr/ark:/12148/cb12195751h
https://data.bnf.fr/ark:/12148/cb12195751h
Trending today in 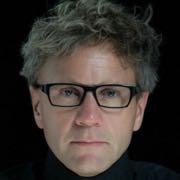