Ernst Witt (June 26, 1911 – July 3, 1991) was a German mathematician, one of the leading algebraists of his time. He was born on the island of Als (German: Alsen). Shortly after his birth, he and his parents moved to China, and he did not return to Europe until he was nine.

After his schooling, Witt went to the University of Freiburg and the University of Göttingen. He joined the Nazi party and was an active party member. Witt completed his Ph.D. at the University of Göttingen in 1934 with Emmy Noether and later became a lecturer. He was then a member of a team led by Helmut Hasse. During World War II he joined a group of five mathematicians, recruited by Wilhelm Fenner, and which included Ernst Witt, Georg Aumann, Alexander Aigner, Oswald Teichmueller, Johann Friedrich Schultze and their leader Professor Wolfgang Franz, to form the backbone of the new mathematical mathematical research department in the late 1930's, which would eventually be called: Section IVc of Cipher Department of the High Command of the Wehrmacht (abbr. OKW/Chi).

Witt's work has been highly influential. His invention of the Witt vectors clarifies and generalizes the structure of the p-adic numbers. It has become fundamental to p-adic Hodge theory.

The Poincaré-Birkhoff-Witt theorem is basic to the study of Lie algebras. In algebraic geometry, the Hasse-Witt matrix of an algebraic curve over a finite field determines the cyclic étale coverings of degree p of a curve in characteristic p.

In the 1970s, Witt claimed that in 1940 he discovered what would eventually be named the "Leech lattice" many years before John Leech discovered it in 1965, but Witt did not publish his discovery and the details of exactly what he did are unclear; see his collected works (Witt 1998, pp. 328–329). 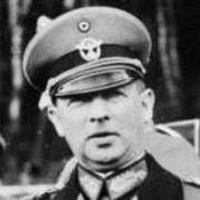