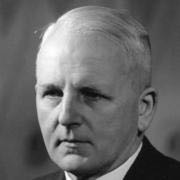 German diplomat in the Nazi regime

Ernst Heinrich Freiherr von Weizsäcker (25 May 1882 – 4 August 1951) was a German naval officer, diplomat and politician. He served as State Secretary at the Foreign Office of Nazi Germany from 1938 to 1943, and as its Ambassador to the Holy See from 1943 to 1945. He was a member of the prominent Weizsäcker family, and the father of German President Richard von Weizsäcker and physicist and philosopher Carl Friedrich von Weizsäcker.

Weizsäcker was born in 1882 in Stuttgart to Karl Hugo von Weizsäcker, who would become Minister President (Prime Minister) of the Kingdom of Württemberg and raised to personal nobility in 1897, and Paula von Meibom. In 1911 he married Marianne von Graevenitz, who belonged to the old nobility. In 1916 he became a Freiherr (Baron), as his father and his family were raised to the inheritable nobility, less than two years before the fall of the local monarchy.

In 1900, Weizsäcker joined the Kaiserliche Marine (Imperial German Navy) to become an officer, serving mainly in Berlin. In 1916, he served as Flag Lieutenant to Admiral Reinhard Scheer aboard the German flagship SMS Friedrich der Grosse during the Battle of Jutland. In 1917, during the latter portion of World War I he earned the Iron Cross (both classes) and was promoted to Korvettenkapitän (corvette captain) (equivalent to U.K and U.S. naval officer rank of lieutenant commander) the following year. He was a member of the Naval Staff led by Admiral Reinhard Scheer from August 1918. From June 1919 to April 1920, he served as naval attaché to the Hague.

Weizsäcker joined the German Foreign Service in 1920. He was appointed as Consul to Basel in 1921, as Councillor in Copenhagen in 1924 and was stationed in Geneva from 1927. He became head of the department for disarmament in 1928, and was appointed as envoy to Oslo in 1931 and to Bern in 1933. In 1936 as Ambassador to Bern, Weizsäcker played a key role in stripping Thomas Mann of his German citizenship. He became Director of the Policy Department at the Foreign Office in 1937 and the following year he was appointed as Staatssekretär ("State Secretary") -- the second ranking official after the Foreign Minister in the German Foreign Office.

He was encouraged by his superior to join the ruling NSDAP party, which he did in 1938, and he was also awarded an honorary rank in the SS. In 1938, Weizsäcker was opposed to the general trend in German foreign policy of attacking Czechoslovakia out of the fear that it might cause a general war that Germany would lose; Weizsäcker had no moral objections to the idea of destroying Czechoslovakia and was only opposed to the timing of the attack. Though Weizsäcker had some contacts with members of the German opposition, during his interrogations after the war, he never claimed to be a member of the resistance. It was only after he himself was brought to trial, that Weizsäcker first claimed to be an out and out anti-Nazi, working with all his heart and might to overthrow the Nazi regime. On 19 August 1938 Weizsäcker wrote a memo to the Foreign Minister, Joachim von Ribbentrop stating:

"I again opposed the whole theory of (an attack on Czechoslovakia) and observed that we should have to wait political developments until the English lose interest in the Czech matter and would tolerate our action, before we could tackle the affair without risk".

Weizsäcker never sent his memo to Ribbentrop. Together with the Abwehr chief, Admiral Wilhelm Canaris, and the Army Chief of Staff, General Ludwig Beck, Weizsäcker was a leader of the "anti-war" group in the German government, which was determined to avoid a war in 1938 that it felt Germany would lose. This group was not necessarily committed to the overthrow of the regime, but was loosely allied to another, more radical group, the "anti-Nazi" faction centered around Colonel Hans Oster and Hans Bernd Gisevius, which wanted to use the crisis as an excuse for executing a putsch to overthrow the Nazi regime. The divergent aims between these two factions produced considerable tensions. The historian Eckart Conze stated in a 2010 interview:

"An overthrow of Hitler was out of the question. The group wanted to avoid a major war and the potential catastrophic consequences for Germany. Their goal wasn't to get rid of the dictator but, as they saw it, to bring him to his senses".

He was promoted to SS-Brigadeführer on 30 January 1942.

Ambassador to the Vatican

After the German defeat in the Battle of Stalingrad in 1943 and the changing German war fortunes, and following his own request, Weizsäcker resigned as State Secretary and was appointed German Ambassador to the Holy See from 1943 to 1945.

When received by the Cardinal Secretary of State Luigi Maglione on 6 January 1944, Weizsäcker stated, "If Germany as a bulwark against communism should fall, all of Europe will become communist." To this, the cardinal replied, "What a misfortune, that Germany with its antireligious policies has stirred up such concerns." Similar representations were repeated by Weizsäcker to Monsignore Giovanni Battista Montini (the later Pope Paul VI).

Weizsäcker's record at the Vatican was mixed. While in Berlin, he had refused to accept a Papal note protesting the treatment of occupied Poland. During the German occupation of Rome, Weizsäcker did little to stop the deportation of Jews. However, he did help individuals to avoid persecution, and he helped to free Rome from all German military bases in an effort to discourage Allied bombing of the city. He also advised the Foreign Office that drafting Jews for labor camps inside Italy might be less likely to draw a papal protest than deporting them. According to Richard J. Evans, Weizsäcker shared the opinion of Ulrich von Hassell that the Final Solution was a "devilish campaign".

"His messages and documents to Berlin were nothing but lies," his coworker Albrecht von Kessel later said. In those messages to Berlin, Weizsäcker purposely painted Pope Pius XII as mild, diplomatic, indecisive, and pro-German, in order to help the Pope and to avoid anti-German sentiment in Italy. Like the commanding Waffen SS General Karl Wolff, Weizsäcker was clearly opposed to Hitler’s plan to occupy the Vatican, during which, Weizsäcker feared, the Pope could have been shot, "fleeing while avoiding arrest"

Weizsäcker continued to present the Vatican with anti-communist slogans, and both threatened a separate Russian-German peace and requested from Monsignore Domenico Tardini the immediate mounting of a Papal peace initiative to stop the war in the West so Germany could finish Communism in the East. (Tardini saw in this a transparent effort to obtain a military solution). Like several other German officials, Weizsäcker attempted to negotiate the survival of some segment of the government and to avoid the "unconditional surrender" of Germany, but his efforts to bring up the topic of "a German transition government, and the likelihood of his being a member of it," failed.

After the end of the war, Weizsäcker initially remained in the Vatican City with his wife, as a guest of the Pope and a member of the diplomatic corps. He did not return to Germany until 1946.

Weizsäcker was arrested on 25 July 1947 in Nuremberg and was put on trial in the Ministries Trial, also known as the Wilhelmstrasse Trial, after the location of the German Foreign Office in Berlin. The Ministries Trial was one of 12 trials conducted by Nuremberg Military Tribunals in the U.S. occupation zone. These American military tribunals started before and finished during the Berlin blockade confrontation with the Soviets and proceeded without participation of the USSR; they were also much milder in conduct and outcome than the first series of war crimes trials in 1946. No European judges were involved in the trial. Weizsäcker's supporters claimed that he had been closely associated with the anti-Nazi resistance and a moderate force at the Foreign Office during the war.

Weizsäcker was charged with active cooperation with the deportation of French Jews to Auschwitz, as a crime against humanity. Weizsäcker, with the assistance of his son, the future President of unified Germany, Richard von Weizsäcker, who appeared as his assistant defence counsel (Richard was a law student during the trial), claimed that he had no knowledge of the purpose for which Auschwitz had been designed and believed that Jewish prisoners would face less danger if deported to the East.

In 1949, Weizsäcker was found guilty and sentenced to 7 years in prison. Winston Churchill called his sentence a "deadly error". The same year, the sentence was reduced to 5 years. In October 1950, after 3 years and 3 months of detention, he obtained an early release from prison in Landsberg after a new examination of his case by the Legislative Affairs Office of the US High Commissioner for Germany, John J. McCloy. Weizsäcker subsequently published his memoirs, written in prison, in which he portrayed himself as a supporter of the resistance.

In 2010, historian Eckart Conze [de] assessed the belief that the German Federal Foreign Office had no involvement with war crimes in an interview:

"The legend stems from individuals associated with the Weizsäcker defense. Former diplomats, such as the brothers Erich and Theo Kordt, played a key role in the effort, as did other members of the traditional upper class, which Weizsäcker represented. One of them was his defense lawyer, Hellmut Becker, the son of the Prussian culture minister, Carl Heinrich Becker, and another was Marion Gräfin Dönhoff, a young journalist who sharply criticized the trial in Die Zeit. They all knew that if they succeeded in exonerating Weizsäcker, they would have rehabilitated the national conservative, aristocratic and bourgeois upper class."