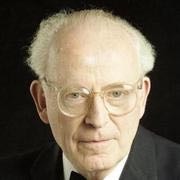 Kitzinger was born into a well-educated Jewish family in Munich; his father, Wilhelm Nathan Kitzinger, was a prominent lawyer; his mother, Elisabeth Kitzinger, née Merzbacher, was a pioneering social worker involved with child welfare among Eastern European Jewish refugee and immigrant families. Kitzinger entered the University of Munich in 1931, where he studied the history of art, principally under Wilhelm Pinder. From the summer of 1931 on, Kitzinger spent significant time in Rome, enrolled in the University of Rome and intellectually centered at the Bibliotheca Hertziana. (Kitzinger's distant relation, Richard Krautheimer [1897–1994], who also became a major art historian, of late antique and Byzantine architecture, was coincidentally doing research at the Hertziana at the same time.) The beginning of the Nazi regime in 1933 raised the immediate possibility that Jewish students might be banned from receiving degrees. Kitzinger accordingly completed his dissertation, a brief but influential study of Roman painting in the 7th and 8th centuries, with exceptional speed, and defended it in the fall of 1934. He left Germany the day after his thesis defense.

Kitzinger first returned to Rome, before moving on to England, where he found volunteer employment at the British Museum while eking out a living doing casual academic work, writing book reviews, and receiving the occasional small grant. Among a wide range of art historical interests, he quickly developed a particular focus on Anglo-Saxon art through being enlisted by T. D. Kendrick to assist in a comprehensive survey of surviving pre-Norman stone sculpture in England. Kitzinger's first published article was on Anglo-Saxon vinescroll ornament; he also contributed to the assessment of the treasures of the Sutton Hoo Ship Burial as it was unearthed over months in 1939. In 1937, on a modest grant from a patron of the British Museum, he travelled to Egypt and Istanbul, further widening his perspective on late antique and early medieval art as an "international" phenomenon. It was this perspective that he brought to his first book, Early Medieval Art in the British Museum (1940). Ostensibly a guidebook, this was in fact an attempt to trace the transformation of classical art into medieval, a subject which Kitzinger would revisit on many occasions throughout his career. The book has never gone out of print; more recent editions are just called Early Medieval Art.

Kitzinger, although he had left Germany because he was Jewish, was interned in 1940 as an "enemy alien" (having German nationality and background) with many others in similar circumstances. He was transported to Australia in a perilous and fraught sea voyage on HMT Dunera. Though he received an official release immediately upon arrival at an internment camp in Hay, New South Wales (through the intervention of the Warburg Institute), he was stranded there for nine months. He did succeed in putting the time on the voyage and in the camp to valuable use, though, acquiring a working knowledge of Russian from a fellow internee.

In 1941 Kitzinger managed, with some difficulty, to travel to Washington, D.C., where he became a Junior Fellow at Dumbarton Oaks, which had in 1940 been donated as a research library to Harvard University. Once there, Kitzinger was assigned by Wilhelm Koehler to a systematic study of the Byzantine monuments of the Balkans (leading to an important article on the monuments of Stobi (1946)). Several years later, after a wartime stint with the OSS in Washington, London, and eventually Paris, Kitzinger began work on a complete survey of the mosaics of Norman Sicily. This project would occupy him for the rest of his life, resulting first in The Mosaics of the Capella Palatina in Palermo: An Essay on the Choice and Arrangement of Subjects [Art Bulletin 31 (1949): 269–292] and The Mosaics of Monreale [Palermo: S. F. Flaccovio Editore (1960) (republished, 1991, with a new preface, Italian only)] and later in The Mosaics of St. Mary's of the Admiral in Palermo [Washington, D.C.: Dumbarton Oaks Studies (1990)] and the publication of a six-volume corpus of photographs of the mosaics, I mosaici del periodo normanno in Sicilia (1992–1995).

Kitzinger resigned as director of studies at Dumbarton Oaks in 1966, in part to rebalance his work as a scholar after eleven years of heavy administrative duties. During those years, he had occasionally taught courses at Harvard's Cambridge campus, and in 1967, after an interlude at Princeton's Institute for Advanced Study, he moved to Harvard permanently, accepting a position as the Arthur Kingsley Porter University Professor, which he held until his retirement in 1979. At Harvard Kitzinger supervised eighteen doctoral dissertations. Among his distinguished students over his years of teaching and mentoring are Hans Belting, Madeline Caviness, Joseph Connors, Anna Gonosova, Christine Kondoleon, Irving Lavin, Henry Maguire, John Mitchell, Lawrence Nees, Nancy Netzer, Natasha Staller, James Trilling, Rebecca Corrie, and William Tronzo.

The major theoretical contributions of Kitzinger's later career are embodied in his book Byzantine art in the making (1977), which is based on the Slade Lectures he delivered at the University of Cambridge in 1974–1975, and in two collections of essays: a single volume published by Indiana U. Press in 1976 as The Art of Byzantium and the Medieval West, and a two-volume set edited by John Mitchell and published by Pindar Press in 2002 and 2004: Studies in Late Antique, Byzantine and Medieval Western Art. Kitzinger maintained his lifelong preoccupation with the analysis of style change in late antique and early medieval art, and his conviction that stylistic analysis could speak with an authority equal to that of iconography or textual history. To this end he developed a theory of "modes," according to which certain styles were appropriate to the depiction of certain subjects. In Byzantine art in the making, furthermore, he essayed a bold attempt to trace the stylistic "dialectic" of the period in question:

At certain times and in certain places bold stabs were made in the direction of new, unclassical forms, only to be followed by reactions, retrospective movements and revivals. In some contexts such developments - in either direction - took place slowly, hestitantly, and by steps so small as to be almost imperceptible. In addition there were extraordinary attempts at synthesis, at reconciling conflicting aesthetic ideals. Out of this complex dialectic, medieval form emerged.

The totality of Kitzinger's work was enormously influential in making Byzantine art a field of art historical study. And, though art historical methodology based on stylistic analysis largely fell out of fashion in the 1980s and 1990s, and Byzantine Art in the Making has been described as the last gasp of Viennese-style formalist art history on the model of Aloïs Riegl and Josef Strzygowski]., many aspects of Kitzinger's methodology may be described as prescient. Kitzinger anticipated contemporary concerns of the field in his emphasis on the centrality of art to cult in much-cited works such as "The Cult of Images in the Age Before Iconoclasm" (1954); in his interest in questions of meaning in ornament (e.g., "Interlace and Icons" [1993]) and significance in the position of images (e.g., "A Pair of Silver Bookcovers in the Sion Treasure" [1974]); and in his sustained work on the relationship between art of the Greek and Latin worlds. Furthermore, it has been argued that "when the pendulum of fashion swings back again, [Kitzinger's] works will undoubtedly be central to a reconsideration of style.".

In 1944, Kitzinger married Margaret Susan Theobald, an English artist, whom he met through Otto Demus in 1939. They had a daughter and two sons. Kitzinger died in Poughkeepsie, New York in 2003, at age 90.