Ernst Hartwig Kantorowicz (May 3, 1895 – September 9, 1963) was a German-American historian of medieval political and intellectual history and art, known for his 1927 book Kaiser Friedrich der Zweite on Holy Roman Emperor Frederick II, and The King's Two Bodies (1957) on medieval and early modern ideologies of monarchy and the state.

Kantorowicz was born in Posen (then part of Prussia) to a wealthy, assimilated German-Jewish family and as a young man was groomed to take over his family's prosperous liquor distillery business. He served as an officer in the German Army for four years in World War I. After the war, he matriculated at the University of Berlin to study economics, at one point also joining a right-wing militia that fought against Polish forces in the Greater Poland Uprising (1918–1919) and helped put down the Spartacist uprising in Berlin. The following year, he transferred briefly to the University of Munich, where once again he was involved in armed clashes between leftists and pro-government militias, but soon thereafter settled on the University of Heidelberg where he continued to enroll in economics courses while developing a broader interest in Arabic, Islamic Studies, history, and geography. While in Heidelberg, Kantorowicz became involved with the so-called Georgekreis, a group of artists and intellectuals devoted to the German symbolist poet and aesthete Stefan George, believing that George's poetry and philosophy would become the foundation of a great revival of the nationalist spirit in post-war Germany. In 1921, Kantorowicz was awarded a doctorate supervised by Eberhard Gothein based on a slim dissertation on "artisan associations" in the Muslim world.

Although his degree was in Islamic economic history, Kantorowicz's interests soon turned to the European Middle Ages and to ideas about kingship in particular. His association with the elitist and culturally conservative Georgekreis inspired Kantorowicz to undertake writing a sweeping and highly unorthodox biography of the great Holy Roman emperor Frederick II, published in German in 1927 and English in 1931. Instead of offering a more typical survey of laws, institutions, and important political and military achievements of Frederick's reign, the book struck a distinctly panegyrical tone, portraying Frederick as a tragic hero and the idealized embodiment of the German nation. It included no footnotes and seemed to elide historical events with more fanciful legends and propagandistic literary depictions. The work elicited a combination of bewilderment and criticism from the mainstream historical academy. Reviewers complained that it was literary myth-making and not a work of serious historical scholarship. As a result, Kantorowicz published a hefty companion volume (Ergänzungsband) in 1931 which contained detailed historical documentation for the biography.

Despite the furor over the Frederick book, and not having written a formal Habilitationsschrift (second thesis to qualify for a professorial appointment), Kantorowicz received an (honorary) professorship at the University of Frankfurt in 1930. By 1933, however, Kantorowicz had to cease giving lectures due to increasing pressure on Jewish academics under the new Nazi regime. After taking several leaves of absence, he was finally granted an early retirement with a pension in 1935. He remained in Germany until 1938, when after the Kristallnacht riots it became clear that the situation for even assimilated Jews such as himself was no longer tenable. After a brief stay in Oxford, he accepted a lectureship at the University of California, Berkeley in 1939 and departed for the United States. After several years, Kantorowicz was finally able to secure a permanent professorship, but in 1950, he famously resigned in protest when the UC Regents demanded that all continuing faculty sign a loyalty oath disavowing affiliation with any politically subversive movements. Kantorowicz insisted he was no leftist and pointed to his role in an anti-communist militia as a young university student, but nonetheless objected on principle to an instrument which he viewed as a blatant infringement on academic freedom and freedom of conscience more generally. During the controversy in Berkeley, two eminent German émigré medievalists working in Princeton, Theodore Mommsen (grandson of the great classical historian) and the art historian Erwin Panofsky, persuaded J. Robert Oppenheimer, director of the prestigious Institute for Advanced Study, to appoint Kantorowicz to the Institute's faculty of Historical Studies. Kantorowicz accepted and moved to Princeton, where he remained for the rest of his career.

In 1957, Kantorowicz published his masterpiece, The King's Two Bodies, which explored, in the words of the volume's subtitle, "medieval political theology." The book traced the ways in which theologians, historians, and canon lawyers in the Middle Ages and early modern period understood "the king" as both a mortal individual and an institution which transcends time. Drawing on a diverse array of textual and visual sources, including Shakespeare and Dante, The King's Two Bodies made a major contribution to the way historians and political scientists came to understand the evolution of ideas about authority and charisma vested in a single individual versus transpersonal conceptions of the realm or the state in pre-modern Europe. The book remains a classic in the field.

Kantorowicz died in his home in Princeton of an aortic aneurysm at age 68.

Kantorowicz was the subject of a controversial biographical sketch in the book Inventing the Middle Ages (1991) by the medievalist Norman Cantor. Cantor suggested that, but for his Jewish heritage, the young Kantorowicz could be considered a Nazi in terms of his intellectual temperament and cultural values. Cantor compared Kantorowicz with another contemporary German medievalist, Percy Ernst Schramm, who worked on similar topics and later joined the Nazi Party and served as the staff diarist for the German High Command during the war. Kantorowicz's defenders (particularly his student Robert L. Benson) responded that although as a younger man Kantorowicz embraced the Romantic ultranationalism of the George-Kreis, he had only contempt for Nazism and was a vocal critic of Hitler's regime, both before and after the war. 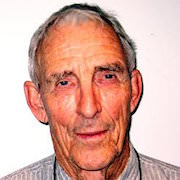