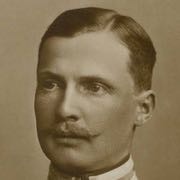 He was the fourth child and only son of Prince Moritz, the youngest son of Georg, Duke of Saxe-Altenburg and Princess Augusta of Saxe-Meiningen.

The death of his father, on the 13 May 1907, made him first in the line of succession to the duchy of Saxe-Altenburg. He inherited the dukedom when his uncle and namesake, Ernst I, died without any surviving male issue.

During World War I, Ernst refused all honorary appointments at the Kaiser's headquarters, which would have been considerably safer than other areas. Resigning from his courtesy rank of Generalleutnant, he requested and was granted the colonelcy and the command of his duchy's regiment, the 153rd (8th Thuringian) Infantry. Quickly promoted to General der Infanterie, he led several brigades on the western front. In 1915, he was awarded the Pour le Mérite award and was given command of the 8th Infantry Division, further distinguishing himself in the Battle of the Somme. In late 1916, he relinquished his field command because of illness and returned to Altenburg for the remainder of the war.

A great lover of science, Ernst had a wireless installation fitted inside his castle in Altenburg at the start of the war, especially to communicate with airships. Ernst also had a lifelong interest in wireless telegraphy and telephony, and he was considered an expert of aeronautics.

When Germany lost the war, all German princes lost their titles and states. Ernst was one of the first princes to realise that major changes were coming and quickly arrived at an amicable settlement with his subjects. He was forced to abdicate the government of the duchy on 13 November 1918 and spent the rest of his life as a private citizen.

After his abdication Ernst, with a moderate fortune, retired to a hotel in Berlin. Two years later, in 1920, his marriage ended in divorce. Later that year, Ernst announced his engagement to Helena Thomas, an opera singer. They had met while she was temporarily filling an engagement at the Ducal Theatre in Altenburg during the war. The marriage never took place, however.

On 15 July 1934 Ernst married his second wife, Maria Triebel, who had been his companion for many years, at his home, Schloss Froehliche Wiederkunft ("Palace of Happy Returning") at Wolfersdorf. This hunting lodge received its name when its first owner, John Frederick I, Elector of Saxony, returned there in 1552 to meet his family after five years of absence as a war prisoner. It was a morganatic marriage, and she received only the title of "Baroness Reiseneck". They had no children.

Still interested in science, Ernst established a modern observatory in Wolfersdorf, employing Kurd Kisshauer in 1922. On 1 May 1937, Ernst joined the Nazi Party

Ernst became the only former reigning German prince who accepted German Democratic Republic citizenship after World War II, refusing an offer to leave his beloved "Palace of Happy Returning" and relocate to the British occupation zone. The Schloß had been confiscated by the Soviet occupiers, but Ernst had been granted free use of it until his death. In March 1954, with the death of Charles Edward, Duke of Saxe-Coburg and Gotha, he became the last survivor of the German princes who had reigned until 1918. One year later, he died at the Schloß.

The contents of this page are sourced from Wikipedia article on 08 Mar 2020. The contents are available under the CC BY-SA 4.0 license.
View Ernst II, Duke of Saxe-Altenburg 's image gallery
Image Gallery