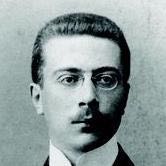 Ernst Hellinger was born on September 30, 1883 in Striegau, Silesia, Germany (now Strzegom, Poland) to Emil and Julie Hellinger. He grew up in Breslau, attended school and graduated from the Gymnasium there in 1902. When he was studying at the Gymnasium, he became fascinated with mathematics, due to excellent mathematics teachers at the school.

Adolf Hitler came to power in Germany in 1933, and while they were in power the Nazis removed several Jewish scientists and mathematicians from German universities. Hellinger's family was Jewish, and he was removed from the faculty of the University of Frankfurt in 1936.

On November 13, 1938, Hellinger was arrested, taken to the Festhalle, and then put into Dachau concentration camp. However, his friends were able to arrange a temporary job for Hellinger at Northwestern University at Evanston, Illinois in the United States. He was released from the Dachau camp after six weeks, on condition that he emigrate immediately.

He joined the faculty at Northwestern University as lecturer in Mathematics in 1939. He became a U.S. citizen in 1944. Promoted to professor in 1945, he became emeritus in 1949. He died on March 28, 1950 in Chicago, Illinois, United States.

Ernst Hellinger studied integral equations, the infinite system of equations, real functions and continued fractions. A type of integral which he introduced in his dissertation became known as "the Hellinger integral", used for defining the Hellinger distance. Hellinger distance has been used to process natural language and learning word embeddings. In addition, the Hilbert–Hellinger theory of forms in infinitely many variables profoundly influenced mathematical analysis.

The contents of this page are sourced from Wikipedia article on 10 Mar 2020. The contents are available under the CC BY-SA 4.0 license.
View Ernst Hellinger 's image gallery
Image Gallery 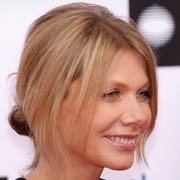