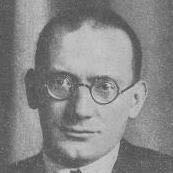 Grünfeld was born in Josefstadt, Vienna. He lost a leg in his early childhood, which was beset by poverty. However, he discovered chess, studied intensely, and quickly earned a reputation as a skilled player at the local chess club, the Wiener Schach-Klub.

The First World War (1914–1918) seriously affected Grünfeld's chances of playing the best in the world as few tournaments were played during this troubled period. He was reduced to playing correspondence matches and spent much of his spare time studying opening variations. He started a library of chess material which he kept in his small Viennese flat until his death at the age of 68 in 1962.

During the Bad Pistyan (Piešťany) tournament of April 1922 Grünfeld introduced his most important contribution to opening theory—the Grünfeld Defence. He played the defence against Friedrich Sämisch in round 7, drawing in 22 moves, and later that year he used it successfully against Alexander Alekhine in the Vienna tournament. However, he did not play the opening frequently.

In May 1943, he took 2nd, behind Paul Keres, in Posen, and won in December 1943 in Vienna. After the Second World War, he tied for 3rd-4th at Vienna 1951 (Schlechter Memorial, Moshe Czerniak won). Grünfeld became an International Grandmaster in 1950. By the late 1950s he was playing very little chess and he mainly worked on his prodigious library which by now had completely filled the living room in his flat which he shared with his wife and daughter. His last tournament was Beverwijk (Hoogovens Tournament) in 1961, where in a field with five more strong grandmasters, he finished with a score of 3/9 (with only one win, against Jan Hein Donner).

He reputedly modeled his style of play on Akiba Rubinstein's and only played 1.d4, claiming that he did not make mistakes in the opening. However, his style of avoiding complex variations together with an essentially drawish nature was simply not good enough to trouble the world's best. He is best remembered for his eponymous defence, the Grünfeld Defence (1.d4 Nf6 2.c4 g6 3.Nc3 d5) and for his general expertise in the opening.

Ernst Grünfeld contributed many articles on openings to chess magazines around Europe. Indeed, before he had turned 20, he was already contributing articles on the Ruy Lopez to Wiener Schachzeitung, which was one of the most popular German language chess publications of its day, and over the next 40 years or so he wrote many articles on opening theory for chess publications in Germany, Belgium, and the USSR. His favorite market was in Bulgaria though because they used to pay for his work in food rather than in money!

He published several books which were generally well received and he contributed to a seminal account of the Teplice tournament of 1922. Other publications include The Queen's Pawn Game and the Queen's Gambit Declined (1924) and Taschenbuch der Eroffnungen im Schach (1953). 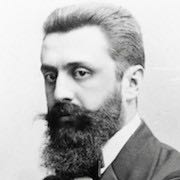 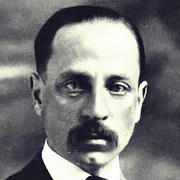