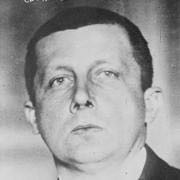 During World War I, as an editorial writer on the Deutsche Tageszeitung, he advocated extreme ruthlessness, particularly in submarine warfare. He accused United States Ambassador Gerard of being a British spy, but assailed Zimmermann for the plot to form an alliance between Mexico and Japan against the United States. He furiously attacked Germany's leaders for yielding to the United States' demands for respect of its rights after the sinking of the Lusitania, and the Tageszeitung was suspended 25 June 1915. For an attack on Bethmann-Hollweg, accusing him of misleading von Hindenburg, he was sued for slander in 1916.

He was highly critical of the policies of Kaiser Wilhelm II and later of the Weimar Republic. In 1920 he founded his own newspaper, Der Reichswart (“Reich Guardian”), which was published until his death.

In the immediate post-World War I period, a National Bolshevik idea came from Comintern agent Karl Radek postulating that a community of interests existed between German nationalists and the isolated Bolshevik regime in Russia. At first Reventlow denounced the “delusion of the so-called National Bolsheviks that Communism could turn towards nationalism,” but when Radek seized the occasion of the Ruhr occupation to deliver his Schlageter Oration before the Enlarged Executive Committee of the Comintern in 1923, Reventlow responded with sympathetic articles in Der Reichswart that were subsequently re-printed in the communist central organ Rote Fahne. This collaboration was short-lived, though it marks Reventlow clearly as a leftist. Later he was to write approvingly of the KPD’s domestic policies in the Deutsches Tageblatt and to demand fifty-percent managerial control of any enterprise by the workers. It is reported that Reventlow alone among the Nazi leaders was never booed when addressing crowds of workers.

In 1924 Reventlow and Albrecht von Graefe broke from the German National People's Party (DNVP) to form the German Völkisch Freedom Party (DVFP) which was both more Völkish and left-wing than the conservative DNVP. Both men were elected to the Reichstag as DNVP deputies, though in May 1927 Reventlow quarreled with the more conservative Graefe and left the party to join the NSDAP (Nazi Party), bringing over his faction en bloc, including Bernhard Rust, Franz Stöhr, and Wilhelm Kube, each of whom were to enjoy prominent roles in the Nazi Party. This greatly improved the NSDAP position in northern Germany, where the DVFP had always been stronger than the NSDAP, and by the end of 1928 the DVFP had for all intents and purposes ceased to exist.

Reventlow’s group quickly allied themselves with the more socialistic wing of the NSDAP headed by Gregor Strasser which favored genuine socialistic measures and an alliance with the Soviets against the western democracies. Though a power in the party to the end, this group became less influential as Hitler turned to overt militarism and antisemitism after attaining power.

Reventlow was never liked or trusted by Hitler, but his personal popularity was substantial and Hitler chose not to cross him but to ignore him. Reventlow was never given a high party office nor, after the seizure of power, was he given any government post. Though often critical of government policies, he was allowed to publish his newspaper, Der Reichswart, until his death in 1943.

Reventlow supported a theory first proposed by Lesley Fry (pen-name of Paquita de Shishmareff ) (1882-1970), who in her book Waters Flowing Eastward (Paris: Éditions R.I.S.S., 1931) claimed that the Protocols of the Elders of Zion were the master plan of a conspiracy according to which a group led by "cultural Zionist" Asher Ginzberg plotted world domination. However, at the time, Ginzberg supported an international Jewish cultural and political revival, rather than a single Jewish state. Reventlow named Fry as his source for his own thinking on the origins of the Protocols. After Philip Graves provided evidence in The Times that the Protocols were plagiarised forgery, Reventlow published his support for Fry's theory of Ginzberg's authorship in the periodical La Vieille France. Ginzberg's supporters sued Reventlow, who was forced to retract and pay damages. However he continued to propagate his views.

Reventlow’s antisemitism was never racial, as was Hitler’s, but cultural, and this led to his involvement with the German Faith Movement. From 1934 to 1936, Reventlow served as deputy chairman of this semi-religious movement which postulated that every people “through its blood” developed its own religious knowledge. The movement was anti-Christian and tried to create a “species-true faith” for Germany. Reventlow quickly became disillusioned with this however, returning to Christianity even before the German Faith Movement was suppressed by the government in 1937.

The contents of this page are sourced from Wikipedia article on 08 Mar 2020. The contents are available under the CC BY-SA 4.0 license.
View Ernst Graf zu Reventlow 's image gallery
Image Gallery