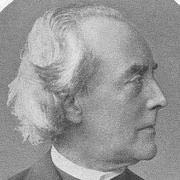 He was born in Lübeck. On completing his university studies he was chosen by C. A. Brandis to accompany him on a journey to Greece for the prosecution of archaeological researches. Curtius then became Otfried Müller's companion in his exploration of the Peloponnese, and on Müller's death in 1840 he returned to Germany. In 1844 he became an extraordinary professor at the University of Berlin, and in the same year he was appointed tutor to Prince Frederick William (afterwards the Emperor Frederick III), a post which he held until 1850.

After holding a professorship at Göttingen and undertaking a further journey to Greece in 1862, Curtius was appointed (in 1863) ordinary professor at Berlin. In 1874 he was sent to Athens by the German government and there concluded an agreement by which the excavations at Olympia were entrusted exclusively to Germany. In 1891 Curtius was elected a member of the American Antiquarian Society. Curtius died in Berlin on 11 July 1896.

His best-known work is his History of Greece (1857–1867). It presented in an attractive style what were then the latest results of scholarly research, but it was criticized as wanting in erudition. It is now superseded. His other writings are chiefly archaeological. The most important are:

His brother, Georg Curtius, was a noted philologist.

The contents of this page are sourced from Wikipedia article on 08 Mar 2020. The contents are available under the CC BY-SA 4.0 license.
View Ernst Curtius 's image gallery
Image Gallery