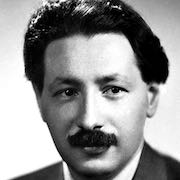 Sir Ernst Boris Chain, FRS (19 June 1906 – 12 August 1979) was a German-born British biochemist, and a 1945 co-recipient of the Nobel Prize for Physiology or Medicine for his work on penicillin.

Chain was born in Berlin, the son of Margarete (née Eisner) and Michael Chain, who was a chemist and industrialist dealing in chemical products. His family was Jewish. His father emigrated from Russia to study chemistry abroad and his mother was from Berlin. In 1930, he received his degree in chemistry from Friedrich Wilhelm University.

After the Nazis came to power, Chain understood that, being Jewish, he would no longer be safe in Germany. He left Germany and moved to England, arriving on 2 April 1933 with £10 in his pocket. Geneticist and physiologist J.B.S. Haldane helped him obtain a position at University College Hospital, London.

After a couple of months he was accepted as a PhD student at Fitzwilliam House, Cambridge University, where he began working on phospholipids under the direction of Sir Frederick Gowland Hopkins. In 1935, he accepted a job at Oxford University as a lecturer in pathology. During this time he worked on a range of research topics, including snake venoms, tumour metabolism, lysozymes, and biochemistry techniques. Chain was naturalised as a British subject in 1939.

In 1939, he joined Howard Florey to investigate natural antibacterial agents produced by microorganisms. This led him and Florey to revisit the work of Alexander Fleming, who had described penicillin nine years earlier. Chain and Florey went on to discover penicillin's therapeutic action and its chemical composition. Chain and Florey discovered how to isolate and concentrate the germ-killing agent in penicillin. Along with Edward Abraham he was also involved in theorising the beta-lactam structure of penicillin in 1942, which was confirmed by X-ray crystallography done by Dorothy Hodgkin in 1945. For this research, Chain, Florey, and Fleming received the Nobel Prize in 1945.

Towards the end of World War II, Chain learned his mother and sister had been killed by the Nazis. After World War II, Chain moved to Rome, to work at the Istituto Superiore di Sanità (Superior Institute of Health). He returned to Britain in 1964 as the founder and head of the biochemistry department at Imperial College London, where he stayed until his retirement, specialising in fermentation technologies. He was knighted soon after in 1969.

He was a lifelong friend of Professor Albert Neuberger, whom he met in Berlin in the 1930s.

On 17 March 1948 Chain was appointed a fellow by the Royal Society.

In 1948, he married Anne Beloff-Chain, sister of Renee Soskin, Max Beloff, John Beloff and Nora Beloff, and a biochemist of significant standing herself. In his later life, his Jewish identity became increasingly important to him. Chain was an ardent Zionist and he became a member of the board of governors of the Weizmann Institute of Science at Rehovot in 1954, and later a member of the executive council. He raised his children securely within the Jewish faith, arranging much extracurricular tuition for them. His views were expressed most clearly in his speech 'Why I am a Jew' given at the World Jewish Congress Conference of Intellectuals in 1965.

On 8 July 1969 Chain was appointed a Knight Bachelor.

Chain died at the Mayo General Hospital in 1979. The Imperial College London biochemistry building is named after him, as is a road in Castlebar.

The contents of this page are sourced from Wikipedia article on 08 Mar 2020. The contents are available under the CC BY-SA 4.0 license.
View Ernst Chain 's image gallery
Image Gallery 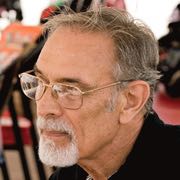