Ernest James Wingard (October 17, 1900 – January 17, 1977) nicknamed "Jim", was a professional baseball pitcher. He played four seasons in Major League Baseball for the St. Louis Browns. He started 77 games and relieved in 68 from 1924 to 1927. Wingard's best season was his first, his 3.51 ERA was 10th best in the American League and his 5.1 WAR ranked 9th in the AL, according to Baseball Reference dot com.

Wingard's baseball career would continue in the minor leagues through 1941, including a few seasons as a manager between 1936 and 1941.

The contents of this page are sourced from Wikipedia article on 21 May 2020. The contents are available under the CC BY-SA 4.0 license.
View Ernie Wingard 's image gallery
Image Gallery 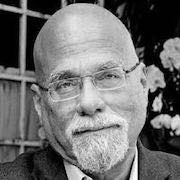 US judge of the Supreme Court and legislator