He appeared in vaudeville, theater, and film. He started his career in musical comedy on Broadway. Along with his wife Berdonna Gilbert, he formed the vaudeville team "Gilbert and Adams". He appeared in more than 400 films starting from the silent era between 1919 and 1948, and was particularly known for playing shady characters. On Broadway, Adams appeared in Toot-Toot! (1918).

On November 26, 1947, Adams died of an acute pulmonary edema at the West Olympic Sanitarium in Los Angeles, California, aged 62.

The contents of this page are sourced from Wikipedia article on 05 Aug 2020. The contents are available under the CC BY-SA 4.0 license.
View Ernie Adams 's image gallery
Image Gallery 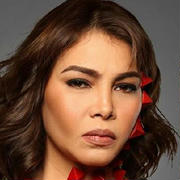